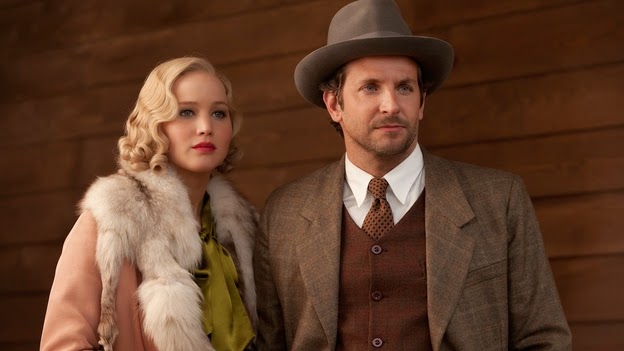 One would imagine that a film staring Jennifer Lawrence and Bradley Cooper would have garnered far more interest than director Susanne Bier's Serena ultimately received either commercially or critically upon it's theatrical release. Now available on DVD, perhaps this oversight can be rectified or at least made more understandable.

Both Lawrence and Cooper are enjoying a true purple patch in their careers and both have collaborated before with the Oscar winning (for Lawrence) Silver Linings Play Book. Serena is set in Depression era 1930s North Carolina amongst the Smoky Mountains and it's timber empires. A primordial woodland setting has become a familiar setting for Lawrence with Winter's Bone (2010) and The Hunger Games (2012) series making her on-screen survival skills an example of a modern day heroine. Paired again with Cooper and vast woodland vistas perhaps it was a tree too far for a public who has arguably missed out on a particular film gem.


George Pemberton (Cooper) and Serena (Lawrence) become a true force to be reckoned with upon their swift infatuated romance and equally passionate marriage with a shared powerhouse background in inherited Lumber Empires, an industry they are both more than capable and hands on in running. Both have suggestions of less than redeemable pasts that haunt them in the form of a son for George and the loss of family for Serena. Serena and George are alphas who have met their soul mate in each other. Serena's strength is even more striking as she is a woman in what is seen as a man's world.

The physical beauty of the landscape and the film's leads are exploited to create truly luscious visuals effortlessly mixing the glamour of 1930s screen sirens with the rustic rugged primordial beauty of the forested mountains they live within and exploit. The story that unfolds is comparable to the actions of the MacBeths in Shakespeare's play. Raw love and exposed ambition becomes deadly to all who come in contact with it. There is also strong hints of witchcraft via the shadowy character of Galloway (Rhys Ifans) with prophesies and quietly acknowledged recognition of darker, perhaps preternatural instincts.

Bier directs the film quite similarly to a play in terms of staging. This is a real strength in how the film communicates so much of the forceful undercurrent flooding the emotions of the characters. Lawrence as in Winter's Bone can play a lead who has wisdom and depth beyond their years. Cooper as George matches Lawrence's on screen presence. He also has given his character a period accent which speaks of his character's privileged background and frontier American industrial nature. The supporting cast is well stocked with Toby Jones playing the moral voice of the film in the Sheriff McDowell. Ifans is somewhat underused, but memorable. Lawrence and Cooper have made the Pemberton's glamour and danger if not always likeable, certainly fascinating comparable to the actions of the MacBeths in the Scottish play.

Serena is out in the UK on DVD, and is getting a theatrical release in the USA on the 26th of February 15

Special Features which include generic interviews with the film's leads who have nothing but praise for each other but in a more sincere manner than the usual Hollywood lip service to fellow cast mates.

Interview with the film's director Susanne Bier and screenwriter Christopher Kyle bring out the interest in the strong woman feature that so fascinated Bier along with the need to focus the film's narrative on the love story between George and Serena rather than the wider story found in the original book. Trailer has also been included.

Extras Rating: 2 Stars out of 5