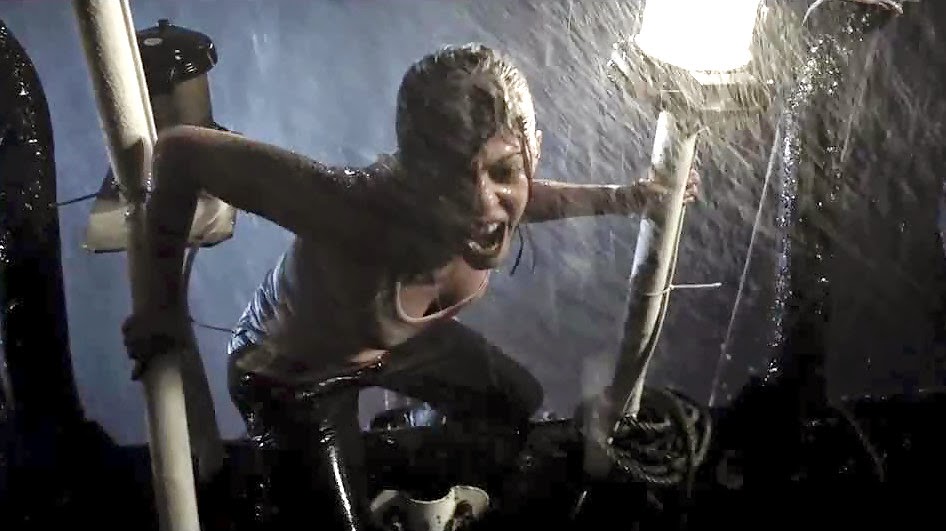 Let's rewind. In the mid Noughties, when both the zombie and the shakicam subgenres of horror had not quite reached their peak, a duo of Spanish directors - Paco Plaza and Jaume Balagueró - innovatively combined the two, threw in a bit of possession lore at the end, and the resulting manic mélange was [REC] (2007), a gripping, almost unbearably tense reinvigoration of all these formats, confined almost entirely to a Barcelona apartment building.

[REC]2 (2009) brought into the old structure a legion of new intradiegetic cameras, and ingeniously wrapped multiple storylines in and around the events of the first film, creating along the way a near perfect sequel. [REC]3: Genesis (2012) was a self-conscious deviation from formula: not only a solo directorial effort from Plaza, but leaving the apartment block altogether for all-new characters at a doomed wedding party on the other side of town - yet when, midway through the mayhem, [REC]3 abandoned the franchise's signature pseudo-documentary style for more conventionally objective camerawork, it also lost its individual identity, becoming near indistinguishable from the hordes of other zombie flicks around it.


For the fourth and (supposedly) final instalment of what has now become a brand franchise with its own inevitable US remake (John Erick Dowdle's Quarantine, 2008), Balagueró (Sleep Tight) takes the helm alone, and tries to steer things in a different direction while still honouring what has been left behind in his wake. As a result, [REC]4 (aka [REC] Apocalypse) is always rewinding, even as it ventures forth on oceans new. If its opening scene takes place in the apartment building of [REC] and [REC]2, and sees those films' protagonist, the late-night TV reporter Angela Vidal (Manuela Velasco), being rescued by a small unit of soldiers, then that earth is quickly - and permanently - scorched as explosive charges are set and the familiar location is blown to smithereens.

From there on the film becomes, as my colleague Scott Weinberg so aptly put it, Ship[REC], with Angela waking to find herself a captive patient aboard the large sea vessel Zarathustra, commissioned by a team of government epidemiologists desperate to prevent a third outbreak. With them are the doctors' élite guards, the two sympathetic soldiers (Paco Manzanedo, Críspulo Cabezas) who got out of the building with Angela, the boat's increasingly bewildered crew, and, in a nod to [REC] Genesis, the only survivor of the wedding party. Also on board is the TV camera from the first two films, whose footage - at last literally 'found' - is digitally cleaned and recovered by the ship's nerdy radio operator Nick (Ismael Fritschi), who is Angela's number one fan. 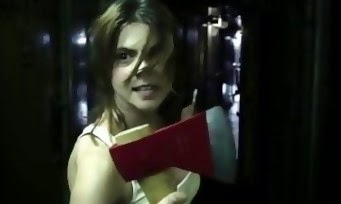 Yet even as Nick gradually rewinds through Angela's earlier experiences (and the earlier films) towards the revelation (from the end of [REC]2) that there is a single parasite behind the fast-spreading virus, a new outbreak in this new claustrophobic setting threatens to outpace the doctors' work and may well, unless contained, bring with it the apocalypse. "I see you," Nick advises Angela over the radio as she sets about destroying the CCTV cameras that monitor her every movement. "If you demolish the cameras, I can do nothing."

[REC]4 may primarily be shot objectively, but this - along with the inclusion of Angela's TV camera - is a sly acknowledgement of the 'first-person shooter' origins that are the franchise's very lifeblood. Added to this are some vicious primates in the hold (akin to the 'Sumatran rat monkeys' of Peter Jackson's hilarious 1992 splatterfest Braindead), some decidedly nautical weapons (including harpoons and an outboard motor), and a protagonist who might just also be the film's principal vector of contagious evil, yielding a suspenseful, occasionally goofy sequel that, though not exactly fresh, contaminates the franchise's now established tropes with some unexpected subgenres, and keeps the pot boiling on its high-stakes tensions without ever taking itself - or horror - too seriously.

Of course, in using worm-that-turns plotting to prove that the geek shall inherit the earth - and get the girl - Balagueró also shows a deep understanding of his fanbase. He even leaves things wide open for another, inevitably very different, sequel, winding us back to something more like Massimiliano Cerchi's ichthyoapocalytic Creatures From The Abyss (1994) than any zombie movie. If it ever happens, count me in, hook, line and sinker.

[REC] 4: Apocalypse screens as part of FrightFest at the Glasgow Film Festival. There is a further screening tonight at 2130, click here to buy tickets. It is released in the UK on the 2nd of March on DVD and Blu-ray.