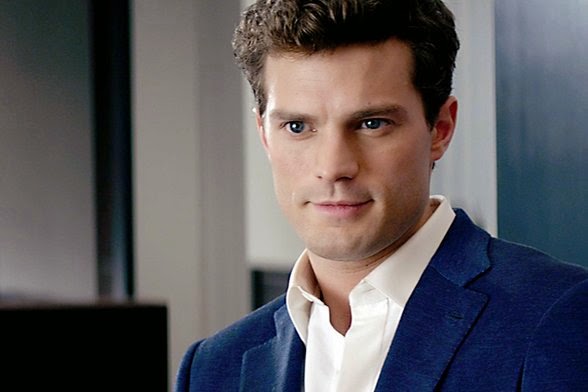 In Fifty Shades of Grey, naive journalism student Anastasia Steele (Dakota Johnson) meets young billionaire entrepreneur Christian Grey (Jamie Dornan) for an interview in her university paper. The connection and chemistry between the two is instant, yet Christian Grey has more in mind than dates at the movies followed by a nice meal: he is a master who likes to dominate women in his red room of pain, and he offers Anastasia a contract of total domination. Will she sign it, won't she? Will his steely confidence be shattered by a woman who, despite her young age and innocence, shows more strength than expected?

I love how cinema is full of surprises. It's fair to say that, apart from the numerous fans of the book, nobody was expecting anything from the Fifty Shades Of Grey film adaptation, except a good giggle. Yet what a pleasant surprises this turns out to be, and Sam Taylor-Johnson should be praised for what she achieved: satisfying the fans (and the studio) while elevating and improving upon the source material (with resulted in much on-set shouting matches with the book's author E.L. James apparently!)


Against all odds, the director finds the right balance between reverence and humour, making the film funny and knowing enough not to be ridiculous, but treating it seriously still, and making the story very engaging in the process, in fact I found myself surprised at how much I cared for the characters and the storyline. The director is aware of the rather preposterous premise but she rolls with it, there is a slight irony with the way she plays with the source material but she is always respectful. I also like the way the film shows how each relationship has a fair bit of negotiation and compromise going on, no matter how glamorous and different they might be, a cynical approach to it but a realist one too, and that does not take away the romance from it all. Yes it is glossy, yes this is a fantasy world (and THAT Seattle loft made the audience I saw it with gasp with envy several times) but never in a way that feels alienating to its audience. 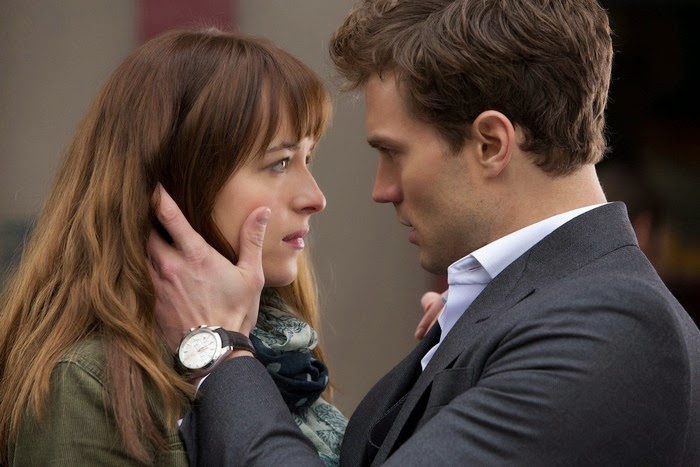 The leads are great: Dakota Johnson has that perfect balance of innocence and strength, she's never a victim and never annoying. And Jamie Dornan has a great presence and magnetism, while still making his character human enough. He may be an alpha male yet there is no toxic masculinity here, in fact, he is also a gentleman and spends most of the film ensuring Anastasia is safe and comfortable with the new experiences he is offering her. And it should not be understated how difficult it is to portray that kind of character without falling into Zoolander blue steel territory. Besides, it is debatable who is in control in here, another aspect that surprised me. And their best scene takes place in a boardroom scene, in which the contract is discussed in crude terms, the chemistry between them two and humour of the situation particularly well played, lit under a bright orange tinge that is a nod to 80's mainstream naughty thrillers.

My only niggles are the charts friendly soundtrack which is distracting and times, and some supporting characters which are a bit one note (and what with the Rita Ora cameo?). But what about the money shot(s)? Well the sex scenes, while actually rather understated (and I like the way the director only shows us a flash of their bits as if to say: this is to, no need to show any more), are, well, rather sexy! Gorgeously lit yet never in a way that makes them come across as glossy perfume adverts, and titillating enough yet totally integral to the plot development, they are also a pleasant surprise, considering that Sam Taylor-Johnson segment of the naughty Destricted was rather boring. And the BDSM aspect is treated with humour yet respect (I've read a review in which the writer laments that the red room of pain is not realistic, which makes me want to explain how cinema works to that person).

I'm aware some will have already made up their opinion about it before seeing it, but go with an open-mind and you'll find a rare example of successful and mature mainstream entertainment, one that had my whole cinema engaging with it, laughing, whispering, talking to the screen... It is rare enough when a film becomes part of the zeitgeist over TV series these days that it should be celebrated. And I am pleased that this is the third time in a row within six months that this is happening, after Gone Girl and American Sniper.