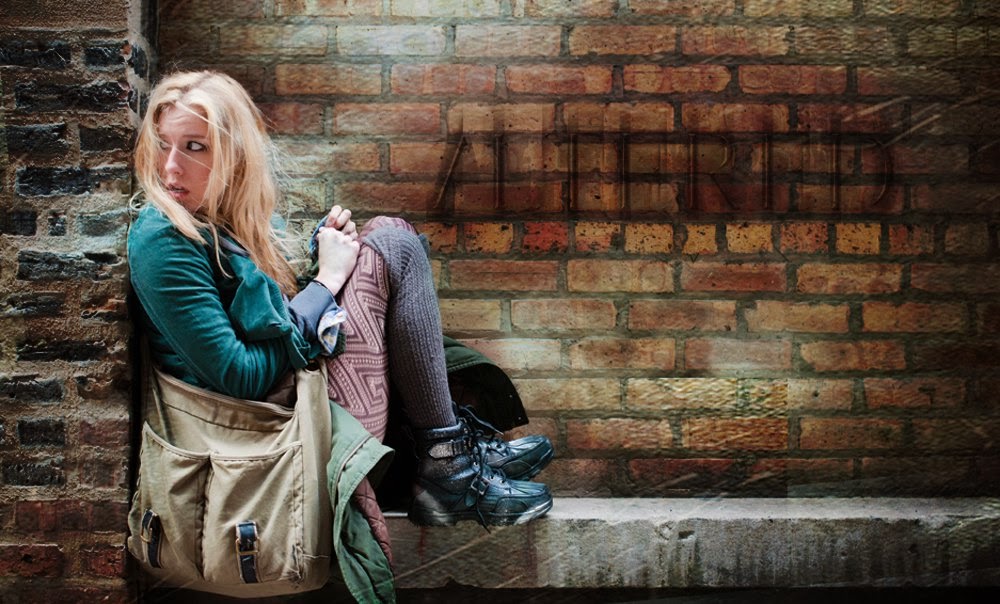 "You keep thinking like that, these streets will eat you up. You've got to change your negativity. What I'm saying to you, dude: it's the way you look at sh*t. I mean, change your perception, and you change the world." The speaker is one of several 'invisible' homeless characters in Kely McClung's Altered, serving as its marginal chorus and teasing the film's themes into a broader social and philosophical frame. Protagonist Sarah (Amanda Dreschler) herself harbours the belief that she can change the world with her own (often very imaginative) perceptions - and so the film replicates her unusual worldview by presenting a core of events in multiple alternate versions, playing and replaying its heroine's attempts to create the best of all possible worlds from darkness, decay and death. This is Groundhog Day (1993), only with a constellation of characters who shift and change before our eyes, and with an unhappy ending locked in from the very start.


As a result, there is more than one way of looking at Altered. On the one hand, Sarah's harrowing entanglement with a sadistic serial killer (Robert Pralgo, a regular in McClung's films) might be regarded as making Altered a horror-skirting procedural thriller on the model of David Fincher's Se7en (1995) - whose juddery, impressionistic opening credit sequence is here overtly mimicked. Or the fact that the serial killer dresses as a priest but is referred to as the devil, that demons are seen (or at least hallucinated), and that crucifixes miraculously ignite and sin-shouldering defenestrations occur around a woman bound to a bed, might instead put viewers in mind of the theological struggles in William Friedkin's The Exorcist (1973). Meanwhile, the way in which McClung transforms Chicago's landscapes into the locations of nightmarishly paranoid visions recalls Adrain Lyne's Jacob's Ladder (1990), a subplot involving young carjackers evokes urban crime dramas, and there are also explicit references at certain points to the zombie and superhero genres.

In other words, Altered comes with a highly fluid narrative identity, depending upon what you choose to see - and the reality underlying all these storied forms proves just as elusive. The only thing of which there can be certainty is that in an environment of drugs, vice and murder, Sarah is going to be brutally attacked, while her Christ-like 'guardian angel' Logan (McClung himself, in several mute performances) will die. All else is up for grabs and open to interpretation - including the question of whether it is Sarah herself, or the scenario in which she repeatedly finds herself, that is truly schizophrenic. In grappling with the problem of evil, Sarah keeps crossing the tracks that divide criminal from constabulary, underclass from bourgeoisie - and her strange circular journey raises serious questions of moral agency (or otherwise) in a partially predetermined world where good and bad are always kept in some sort of balance.

Martial artist McClung's third feature as writer/director (following 2007's Blood Ties and 2010's Kerberos), Altered is an independent production that makes the very most of its relatively low budget. Here, in all their palpable grit, a city's mean streets map out a disorienting journey through parallel universes and ethical crossroads, with McClung's editing forming some of the most striking associative leaps. The dialogue can seem repetitive and rather stilted at times, especially the tough-talk exposition from the police detectives working to catch the killer - but if viewers are prepared to change their negativity and refocus instead on the ambitious ideas and ambiguous twists and turns, they will get the very best out of this film.

Altered does not have a confirmed release date as yet in the US and the UK, but will be shown at the Action on Film Internation Film Festival this summer, in Monrovia, California. There's hoping either FrightFest and the Cult Strand at the London Film Festival picks it up!
at 10:18