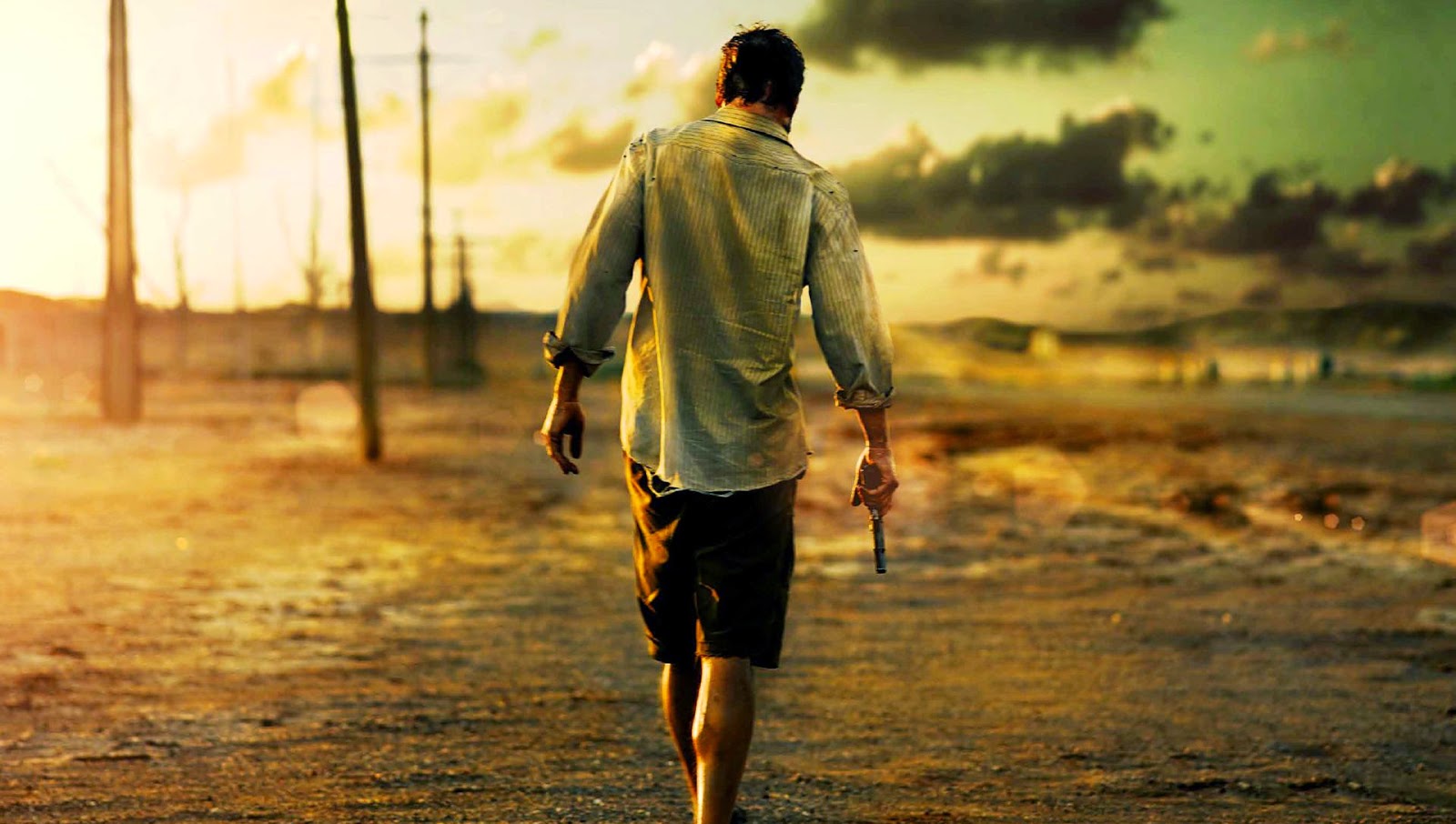 Early buzz and expectation surrounding David Michôd’s second feature, The Rover, spoke of the film as a potential descendant of George Miller’s 1979 classic, Mad Max. In fact, The Rover doesn’t trade at all in high-octane actioneering. The refitting of the iconic white line nightmare for a new generation of cinemagoers has been left to Miller himself and the forthcoming Mad Max: Fury Road.

Might Michôd be cruising for a box-office bruising? Here is a movie set in the near future, in rural Australia, and one that opens with a brief scene-setting note situating the story after the entire country has experienced a ‘collapse’. An air of lawlessness is apparent throughout the film and social contracts, it appears, have been rendered non-void. Does this not sound very much like the world of road warrior Max Rockatansky and those crazed highway goons prepared to slit any throat necessary for a tank of guzzaline?


Michôd’s terse, poetic drama is in fact an adroit reimagining of his homeland’s economic boom and shifting geopolitics. In The Rover, a financial crisis has upended things royally and Australia has become indebted to the American dollar and Chinese mining corporations. This backdrop suffuses the film with a unique atmosphere of its own and thus it needn’t purloin post-apocalyptic menace and V8 sound-and-fury from Miller.

Eric (Guy Pearce) has stopped for a drink in a roadside watering hole, one afternoon, when desperate armed robbers steal his ride. It’s one of those ‘by pure chance’ circumstances. In what could be read, at least initially, as a crazed overreaction, on Eric’s part, he pursues the thieves with an almost Terminator-like remit. On the road he bumps into – and then kidnaps Rey (Robert Pattinson) – a gang member left for dead in the wake of the shoot-out. 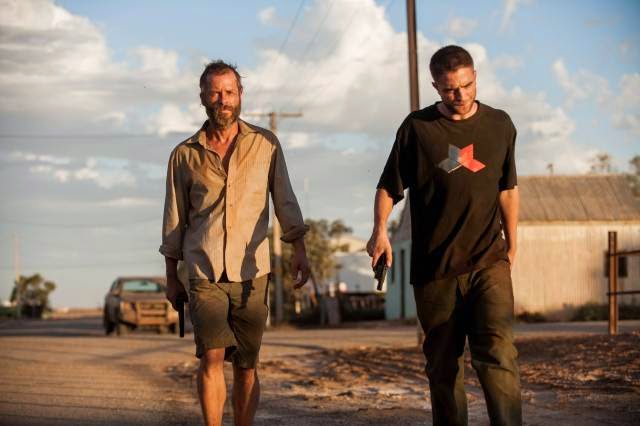 Eric might look like an emotionally wounded everyman trying to survive in a world gone to pot, but when events force him to act, he’s as deadly as a cornered taipan. Eric is a badass, yes, but he’s not an action hero. The man is ready to kill, but also ready to absorb the horror. Glimpses of inner turmoil crop up at key moments. “You never should stop thinking about the life you’ve taken. It’s the price you pay for taking it,” he tells Rey.

Robert Pattinson, as a dim-witted miner drawn into criminality by his older brother Henry (Scoot McNairy), further establishes his credentials as the real acting deal and not simply a teen idol getting ideas above his station. Rey’s shot at personal redemption is provided by helping Eric retrieve his vehicle. Not that he sees it that way. As the two blokes journey across arid backcountry, a place where moral compasses have melted away like the giant clocks in Salvador Dalí’s landscape paintings, something akin to a rocky bond is formed between them.

Lo-fi and bleak, The Rover is a compelling and haunting picture set in a bitter and savage world.

Out in the UK on the 15th of August