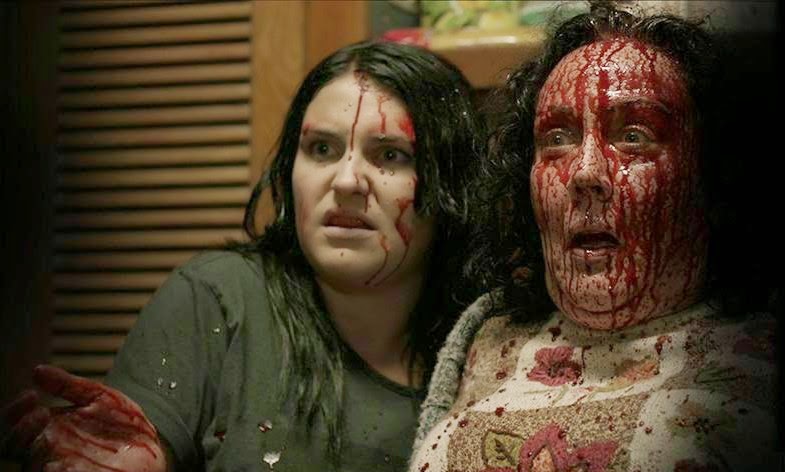 FrightFest moved venue this year, from the huge and beloved screen at the Empire to the Vue cinema next door. Because of the smaller capacity, the festival had to be split into three main screens, and while there was a definite loss of atmosphere as a result, the cracking line-up more than made up for it. Indeed, this was not only the best edition ever since I started attending a few years ago, I'd say it also gave Sundance London a run for its money, offering a better snapshot of US indie talent, as well as some intriguing new voices in world cinema. The organisers also made some bold choices and unusual for the main screens, which paid off handsomely, even though some hardcore fans were heard grumbling a little. 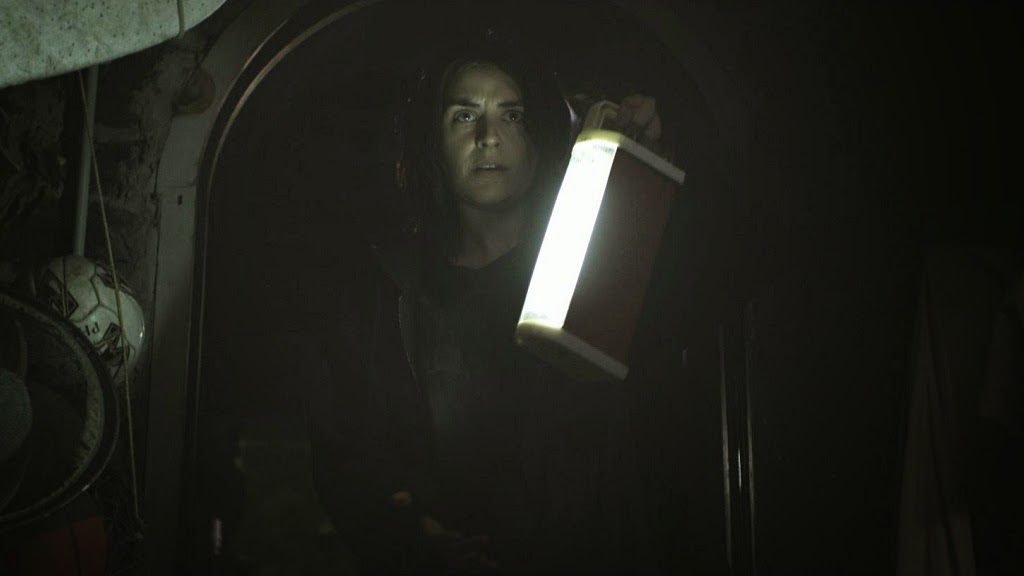 Many haunted house films leave you with a lingering question: why on Earth are the occupants staying after things start going bump in the night? In Housebound, there is a very good reason for it: teenage tearaway Kylie (Morgana O'Reilly) is placed under home detention, at the care of a slightly eccentric mum (a hilarious Rima Te Wiata), who reveals that strange things have been going on in the house. Her daughter and the police officer assigned to her care are both dismissive of such claims at first, until they also begin to experience unusual phenomenons, but Kylie cannot leave the house or face arrest, and must find the truth about the house and the apparitions.

From the country that brought us Bad Taste and Meet The Feebles comes this new horror comedy that proved to be one of the highlights of the festival, and a terribly enjoyable screening among this great  and responsive audience. While mixing horror and comedy is nothing new (see the aforementioned Peter Jackson's films, or classics such as Evil Dead 2), usually thanks to an OTT and amusing gore, here we have a completely different proposition, where scares and jokes are made to cohabit, sometimes within the same scene, and it works brilliantly.

And the film becomes more of a surreal comedy as it goes along, as the characters and their reactions do not seem to belong to the film they're in. I'm thinking of a few particularly hilarious visual jokes and some real zingers throughout, which the director manages to pull without letting the tension go, and while still adding several decent scares. He also puts the emphasis on the mother and daughter dynamic, which adds some heart and characterisation to the film. While the film is about fifteen minutes too long, and sags in the middle due to an unnecessary red herring, it remains unlikely mix that works against all odds, and a mightily entertaining one. Housebound was one of the discoveries of the festival. 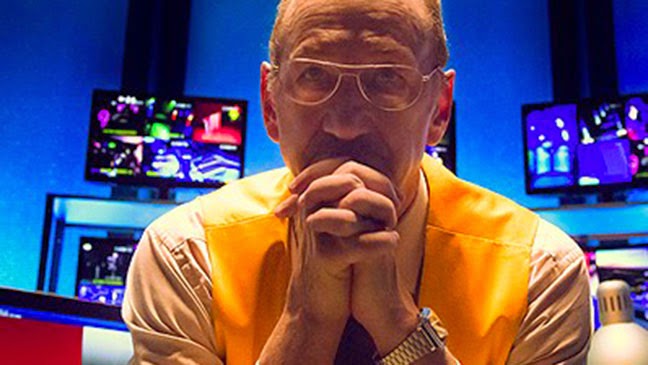 One of the joys of the festival is the interaction with the film's cast and crew, as more often than not they are present to introduce their film and answer questions. As a result, when faced with a likeable director who's come to show us his labour of love, filled with passion and enthusiasm, it becomes a lot harder to dismiss a film with a snarky tweet. But while still trying to be indulgent, and soaking up the excitement of young British director Phil Hawkins, I have to admit, The Last Showing proved to be the worst film of the festival, despite featuring horror legend Robert Englund, who came along on stage.

The Last Showing sees him play an old-school projectionist, bossed around by a manager at least half his age and forced into the ignominious task of selling popcorn. Fired from his job, he decides to make his own horror film within the premise of the cinema,  during a (very unlikely!) midnight screening of The Hills Have Eyes 2, with a young couple unwittingly becoming the stars of his project.

So what's wrong with the film? It's dull, incredibly dull, despite an attractive premise and a welcome longing for a golden age of cinemas. There is absolutely no scare or tension, no emotional involvement of any kind, and the whole thing feels very cheap, when so many films manage some wonders on a micro budget.

I did wonder what it is with bad British films that make them particularly irksome, when I am more willing to give their American counterparts a pass? I'm thinking of the particularly hideous wave of gangster films of the late 90's, followed by an even more unforgivable wave of wedding comedies. Is it that they are too close to home and too familiar as a result, lacking any kind of escapism than even a run of the mill American slasher might provide? (After all, a suburban Vue multiplex is hardly the stuff dreams are made of). Is it the fact then when your film feature Keith Allen in its third act, you want to run for the exit? I left before the Q&A but I hear the director promised a sequel to the audience, only for this announcement to be greeted by a dead silence. Oh dear.
at 21:15