Cannes 2013: The Official Selection... And What Is Missing! 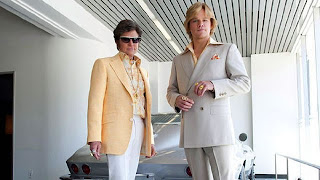 After months of speculation, the dynamic duo of Thierre Frémaux and Gilles Jacob have finally revealed the line-up of Cannes 2013 at a press conference in Paris this morning. With so many expectations (and some sites posting lists of up to one hundred potential films!), soon after the giddy excitement always comes the slight disappointment when you remember those titles which are actually missing. By all accounts this is a very solid line-up this year, although I have my slight reservation...


One of the first trend emerging is how strong the American and French offerings are this year. The Americans have always had a love/hate relationship with the festival. For years they used to send their blockbusters to the bonfire of critics, at those less enlightened times in the late 70's/80's when there was a much sharper divide in the minds of reviewers between blockbusters and arthouse cinema. And while American independent cinema reigned supreme in Cannes for most of the 90's (with the US winning no less than three Palme d'Or back to back), the emergence of the double ticket of Venice/Toronto later in the year as the perfect platform on the way to Oscar's glory meant it struggled to attract some of the bigger names.

But while 2012 had a rather weak US selection, it has come back in force this year, with some familiar names. Among them, I expect great things from James Gray, a Cannes darling back with The Immigrant (and it fantastic cast including Marion Cotillard and Joaquin Phoenix). My spotlight is also on Steven Soderbergh, whose career was launched back in 1989 with his Palme d'Or winning Sex, Lies and Videotapes, and who is presenting what he claims to be his last film: Beyond The Candelabra with Michael Douglas playing Liberace, a real life character whose campness factor was so high it was almost baroque. I cannot quite explain it why but I am mightily excited about this one. Steven Soderbergh has tried so many genres that at times his style has been diluted, but I cannot wait to find out what he has done with this, and to see what the Wall Street actor will do with his performance. 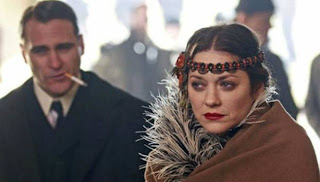 I have forgiven Alexander Payne for the distinctly average The Descendants, and he is back this year with a road movie, Nebraska, which I shall hope will be in the vein of his best film, About Schmidt, also a road movie. I found myself within inches of the director last year in Cannes, and followed him for a while but my shyness got the better of me and I never got to speak to him. Ah well!

Among the French, there was much surprise that Claire Denis had been relegated to the second division of the official selection, Un Certain Regard, while Valérie Bruni-Tedeschi has been given a mighty vote of confidence by finding herself in the first division. I have always liked the French-Italian actress for her characteristically hysterical performances, but I have not seen her two films as a director, so I am intrigued by her inclusion. The story of a family drama in a castle in Italy, and the fantastic cast (Louis Garrel, Xavier Beauvois and the brilliant Marie Riviere, unforgettable in Rohmer's The Green Ray), are piquing my interest. As a caveat, It has to be said that Cannes likes nothing more than sending a French film to the slaughter now and then, a perverse habit that was more prevalent in the 90's (ask Philomene Esposito, whose career was all but destroyed with the disastrous presentation of Toxic Affair with Isabelle Adjani at the festival in 1993).

Outside those in world cinema, while I lament the lack of representation from Latin American cinema, there are several titles worthy of interest. A rare selection for Holland, Borgman sees the return under the spotlight of director Alex Van Warmerdam, who seemed to have all but vanished since his heydays in the 90's. He had made two excellent surreal black comedies in those years which I was very fond of: The Northerners and The Dress, well worth catching up if you can find them. At the times, he gave his film a very Ikea sense of clean and functional design which hid all the nastiness of human nature. 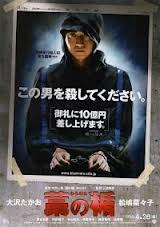 From Japan, two promising entries: the prolific Takashi Miike is back for the third year in a row, with a film described by Thierry Frémaux as "Howard Hawks inspired", Wara No Tate. Since the director has tackled every possible genre, from horror to teen musicals to superhero (with Zebraman), there is no telling what we can expect. Also in is newcomer to Cannes Kore-Eda Hirokazu, who did the fantastic Air Doll, one of my favourite films of the recent years.

And of course, Only God Forgives, by Nicolas Winding Refn. While I was not such a massive fan of Drive, Thierry Frémaux felt the need to specify at the press conference that this was no Drive 2, and had more in common with his previous films, which is great news as I loved his metaphysical Vikings odyssey Valhalla Rising. Also I love the Bangkok, neon lit setting, and Kristin Scott-Thomas as a blonde mobster. Even more brilliant is the fact that the film will be out in France on the 22nd of May, which mean even if I do not manage to score an invitation, I should be able to see it at a normal cinema (and lie about where I actually saw it). 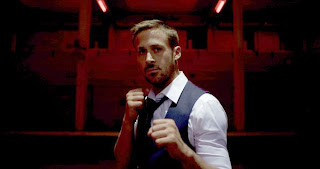 So why the slight tinge of disappointment? Well, while the selection is very strong indeed, it is lacking of a certain kind of cinema that I am so fond of: experimental, radical, extreme... It is disappointing that neither Snowpiercer by Bong Joon-Ho (the film was not ready!) nor Only Lovers Left Alive by Jim Jarmush (no reason invoked) made the line up. I am also lamenting the total absence of South Korean films.

But most disappointing of all, so far only two films have been announced for the Midnight Screenings (including Man Tam by Johnnie To), this glorious Cannes tradition which recently brought us Kaboom, Dracula 3D and Maniac. Those are great fun, a combination of Cannes glamour, with the red carpet and the stars attending, but with a more  vibrant and trashy atmosphere, the occasion to bring in by the back door of the official selection some slightly less salubrious films. Since the festival usually have at least 4 Midnight Screenings, I am truly hoping more will be announced.

But I shall wait and see. Cannes is always about surprises, and how was I supposed to know that Holy Motors and Post Tenebras Lux last year would prove to be two of the best films I would see all year? Besides, with my lowly accreditation, nothing is certain until I manage to score an invitation AND manage to get in the Grand Palais before it fills up. We are also waiting for the Director's Fortnight selection (I have purposefully ignored Un Certain Regard which ironically proved impossible to get in last year, much harder than the actual Official Selection in the Grand Palais!), so I shall attend the festival with an open mind and let the magic of Cannes do its work yet again. Join me for a daily report starting a few days after the actual festival starts, from the 17th of May until the 27th.

The official competition in full: