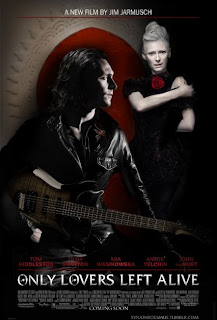 There were laments last year than the Cannes Film Festival was having a weak edition. Which brought us Amour, Holy Motors, Post Tenebras Lux, Cosmopolis, In Another Country, Like Someone In Love, Maniac... I don't know on what planet some film journalists live, but if there is one thing I remember ever since I started taking in interest in the festival around the early 90's, it is that a certain part of the media, crushed by their sense of self-entitlement, is always complaining about Cannes, year after year. But onwards and upwards, and I am really looking forward to Cannes 2013, which I shall be attending. The great thing about the festival is how late the films are announced, which is usually only three weeks before its opening. So we are still in the dark as to what will be showing, and I have come up with a wish list.


Her by Spike Jonze 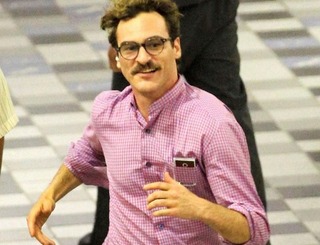 I feel that Spike Jonze has never quite fulfilled the promises of his first film, Being John Malkovich. And you do have to wonder how much the film's unique blend of surrealism actually owed to its writer, Charlie Kaufmann. I wasn't wild about Adaptation (despite having the same writer), and the least said about the woeful Where The Wilds Things Are, the better. Still, this latest, Her, sounds pretty exciting, on paper anyway. The script makes it sound like an unofficial remake of Electric Dreams: a writer develops an unlikely relationship with his operating system. And the cast is fantastically eclectic: Olivia Wilde, Rooney Mara, Amy Adams, Joaquin Phoenix, Samantha Morton...


White Bird In A Blizzard by Gregg Araki 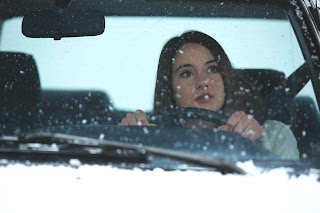 I am a huge fan of the American director, with The Living End, Nowhere and Kaboom being some his best work. It is very unlikely that he will find himself in competition. But just like his last one, Kaboom, I can see this occupying one of the midnight slots (which would be fantastic as they are easier to get into for us, lowly Cinephile accreditation holders). Unless the more serious subject matter propels this into the competition, especially considering its mightily exciting cast (Eva Green, the ubiquitous Shailene Woodley, Gabourey Sidibe, Sheryl Lee...). And Cannes might not refuse itself such a prestigious red carpet at a more media friendly slot than the midnight one. The subject is intriguing enough, and a new territory for Gregg Araki: a thriller in which a young woman has terrifying dreams about her mother who has vanished.


Our Sun-Hee by Hang Sang-Soo


I am going to have to rely on my blind faith in the South Korean director, as we know nothing about his new film, nothing at all! But he made one of my favourite films of the recent years, The Day He Arrives, which scandalously never got a UK release. This tale of friendship, melancholy, regrets, heavy social drinking, and memories of past and failed relationships was wonderfully affecting. And I greatly enjoyed In Another Country with Isabelle Huppert, seen in Cannes last year, so there is hoping he is back on the Croisette in 2013, even if it is downgraded to Un Certain Regard. 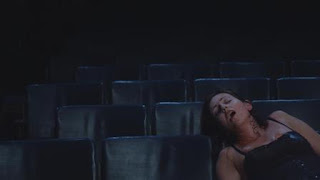 For some time, Peter Greenaway was one of my favourite directors. And I was lucky enough to attend the Out of Competition afternoon gala screening of The Baby Of Macon in Cannes back in 1993. An interesting screening that was, since the image went completely black half way through for several minutes, and we all assumed it was yet another radical directing choice of the director, but then the film actually broke down.... I mean, seriously, who isn't dying to see what Jean-Luc Godard and Peter Greenaway will do with 3D. Plus the film appears to be a story about cinema audience, about 3D, about History itself...


The Zero Theorem by Terry Gilliam 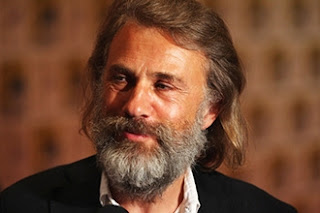 I haven't always been the biggest fan of Terry Gilliam, and his career has somehow faltered recently, with The Imaginarium of Doctor Parnasus being of the most unengaging and downright annoying films I have seen in a long time. And yes, perhaps his career peaked long ago, with Brazil. Even still, the story of a hacker who tries to find the meaning of life is intriguing enough, and what a cast! Christoph Waltz, Tilda Swinton, Matt Damon, Ben Whishaw... The closing film perhaps? 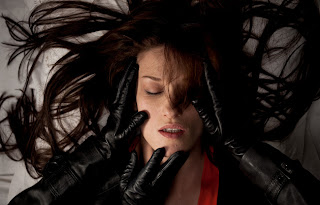 The glorious Amer was one of the most interesting films of recent years, a radical tribute to giallos which weaved in the wonderful study of a woman's psychological state of mind. Helen Cattet and Bruno Forazni's latest seems to be as concerned with fetichism as their previous films, considering the great title and the few shots which have been released, but it is also said to be echoing Antonioni. I can see this going to the Director's fortnight or getting a Midnight Screening slot in the Grand Palais. One thing is certain, if this screens before I arrive, there will be blood. And tears of a strange colour. Mine.

The first Jim Jarmush film I ever saw was actually in Cannes, Dead Man with Johnny Depp, a haunting and truly unique existentialist western in black & white with John Hurt in drag. And while I haven't caught up enough of his filmography as I would have liked, I was transfixed by his latest, The Limits Of Control, a European existentialist crime drama, which was as radical as you might expect from him. His latest features Tilda Swinton and Tom Hiddleston, and is an existentialist vampire film. Will it be as ground breaking as his fellow American indie filmmaker Abel Ferrara's The Addiction? Will I score "une petite invitation" outside the Palais? Cue much existentialist crisis. 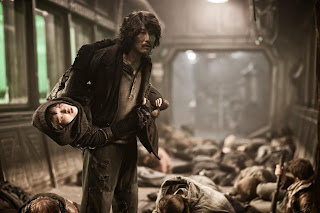 Park Chan Wook has brilliantly broken the curse of the gifted foreign director being broken by the big Hollywood machine with the fantastic Stoker, aka the best film of the year so far. And hopes are high for his fellow South Korean country man, Bong Joon-Ho (The Host, Mother), to deliver with Snowpiercer. The film is an adaption of a French science-fiction graphic novel, and features a wonderfully eclectic cast: Tilda Swinton, Octavia Spencer, Chris Evans, John Hurt...