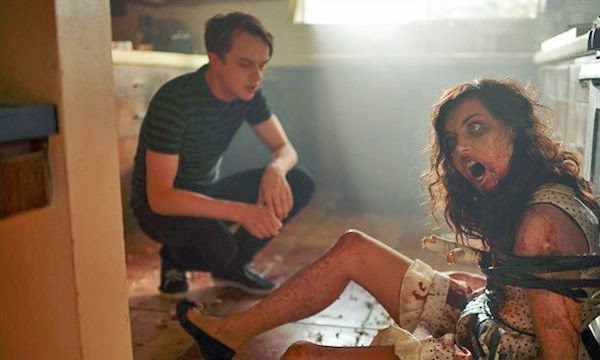 The festival made some bold choices this year, stretching the limits of what some might consider horror, and while there was some grumbling within a minority, this approach largely paid off. First off that day, The Harvest by John McNaughton. It was hard to know what to expect from the man still better known for one of his early films: Henry, Portrait Of A Serial Killer, and who has had a rather uneven career since. Thankfully, his new films turned out to be one of the many highlights of this edition.

In The Harvest, Samantha Morton and Michael Shannon play the parents of a housebound sick child, whose mundane daily life is disturbed by the arrival a pesky new girl in the neighborhood who, unable to fit in at school, strikes a friendship with him. But it is an understatement to say that his mother does not take kindly to this intrusion...


The Harvest plays out like a modern fairy tale, with his beautiful autumnal colours, the witch, the tormented king... What is interesting with it is how the usual gender politics are reversed here, as it is two strong women of different generation who pull the strings faced with less able men, meaning a confrontation between the two is inevitable.

This is a sad film that asks you to sympathise with misguided but seemingly well meaning characters  before pulling the rug under you, and questions how far blind parental love can lead you.

Samantha Morton as the domineering, castrating wife/mother (witness how, as a doctor, she so casually dismisses her husband as being simply a nurse) is absolutely terrifying, with nothing more than her deadly stare, quiet but steely determination and putdowns for most of the film, with the occasional fits of rage breaking the artificial family harmony. Michael Shannon is quietly moving as the loving but torn father, in an unusual and more restrained part for him. And both children impress, with their interaction and growing friendship ringing true, a difficult feat to achieve.

Next up was Starry Eyes, which can best be described as a tale of Hollywood dream mixed with body horror. In it, struggling young actress Sarah (Alex Essoe) finds herself finally hitting it big after a serie of promising (if unorthodox!) auditions with a mysterious film studio promising big things. But how far is she willing to go and what exactly do they expect from her?

While the plea of wannabe actors with star in their eyes and big dreams is a recurring theme in independent cinema, it has never quite been done like this. Here Hollywood is presented as a bleak world in which unusually the sun never shines, and the film does not shy away from the grim reality of all these aspiring actors, especially the loneliness, sadness and detachment caused by it all. Sarah shares a flat with friends of a friend, and between the casual competitive, the lack of prospect and a depressing waitressing job, life is far from rosy. Then the film turns really strange as the mental and physical demands from the studio grow far beyond anything she had anticipated. 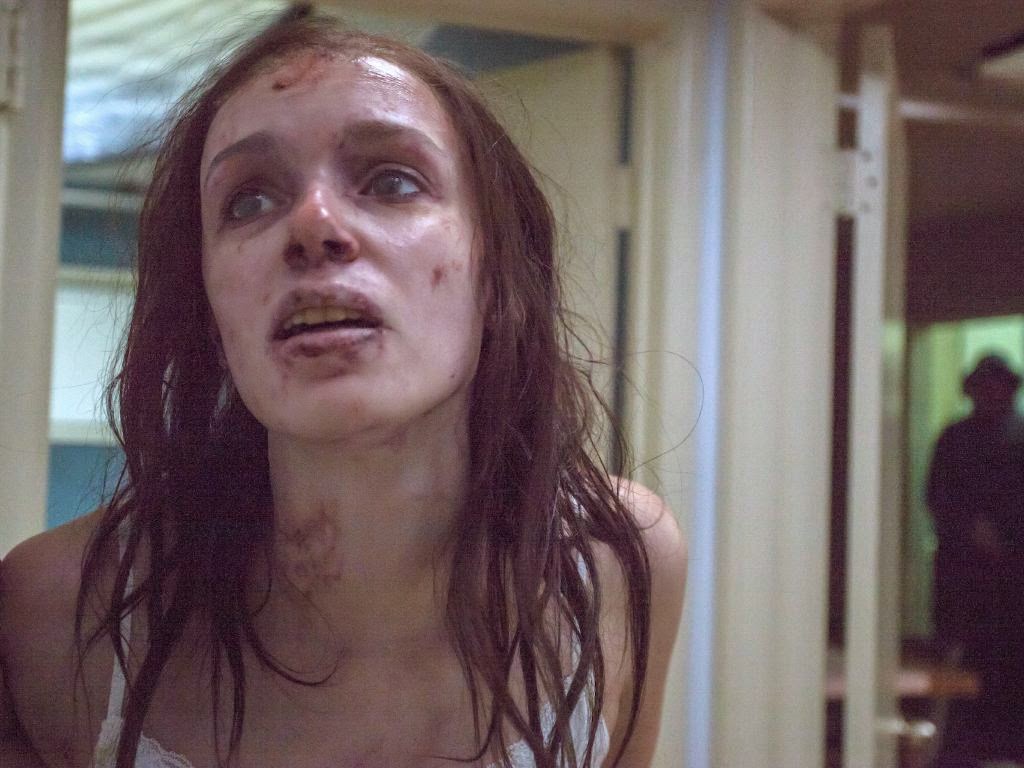 Starry Eyes is a bit of a mixed bag. There are lots of great ideas, a wonderfully committed performance by the lead Alex Essoe (some have compared her performance to Isabelle Adjani in Possession), and the depressing vibe is impressive. But the rest of the cast is poor, and some of the scenes involving the occult are a little tacky, which can be explained by the very low budget. There are some nice flashes of gore (including probably the most brutal killing I saw throughout the whole festival!), and for my money, for all its flaws, Starry Eyes offers a more original and interesting view of Hollywood than Maps To The Stars.

Third film of the day was Life After Beth, in which a young man, Zach (Dane DeHaan) sees his recently deceased girl-friend (Aubrey Plaza) miraculously comes back to life. Giving the subject, I feared the worst, a sort of twee zom-com, and while the first act did nothing to dispel my fears, the film then takes an unexpected and rather sad new direction, with several surprises along the way.

Michael C. Reilly as her father plays the same part we have seen him play a million times before, and it has to be said Dane DeHaan is rather unmemorable in this. But Aubrey Plaza is quite simply a revelation. While I have loved her in Damsels In Distress and Safety Not Guaranteed, here she proves she is no cooky one trick pony, with a scintillating screen presence and a performance full of nuances, as her body and mind begin to decay, and her undead nature takes over. She is very touching in this, and in the later part of the film, reminded me of the expressive actresses of silent cinema.

The last film of the day was The Babadook, whose review by Martyn Conterio you can read here. The one trend that has emerged today, and a welcome one, is the emergence of some great parts for women in the genre, which is often accused of exploitation.