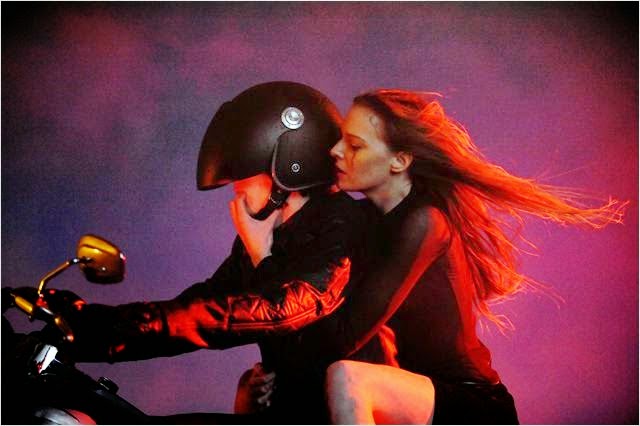 As much as I like French cinema, one thing that has often been bothering me lately is its overt reliance on naturalism. Oh sure, it does it so well. But it is almost like all the film graduates from the grand old FEMIS cannot earn their stripes unless they go down that road. Yet where are the French Brian de Palma, Peter Greenaway, David Lynch, Apichatpong Weerasethakul even?... It is even more baffling considering how, within France itself, the new wave came up with such formally inventive films decades ago. I'm thinking Godard obviously, but also Alain Resnais, Jacques Rivette... Sure there has been a lot of genre films coming from France over the last decade, but they don't offer a great deal in term of formal experimentation (apart perhaps from Alexandre Bustillo & Julien Maury).


So this is why a film like You And The Night is so exciting to me, and feels like such a breath of fresh air, in the way it defies any modern conventions within French cinema. In You And The Night, a couple and their transvestite maid welcome their guests (only known through code names) for an orgy at their flat, and as the evening unfolds, they all reveal their secrets, their vulnerabilities, their troubled past... The film was obviously made on a very limited budget, yet it makes the most of it, and the sets are absolutely gorgeous. The main one looks very stagey, like something straight out of a Bertrand Blier film in the 80's, a spacious loft with the kind of dark granite surfaces you found in every single trendy Parisian restaurant of the era. And when the film ventures out of it through flashbacks, it is not afraid to make use of some ultra stylised settings to wonderful effect. 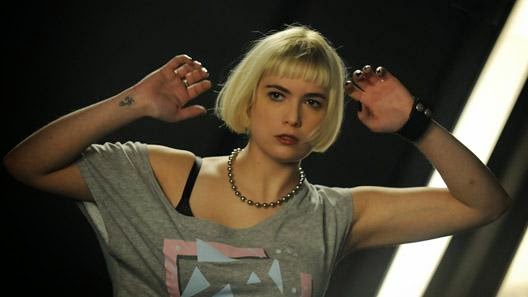 Talking about the 80's. I love the whiff of Parisian hipstery of that decade that shines through, with a young woman wearing a spot-on grey and pink asymetrical t-shirt and a punk attitude. This is a character that looks straight out of that Monkey Dust parody of French 80's hipster cinema, and which would logically have been played by Beatrice Dalle in her younger years (who incidentally has a cameo in here) in a film by Jean Jacques Beinex. But it isn't just with the art direction that the film impresses, this is no vacuous and empty style exercise. It flirts with extreme romanticism, not in a naff American rom-com kind of way it is sadly linked to nowadays, but in the truer sense of the word, as found in old French and English literature.

Sure it is artificial to the max yet it is surprisingly involving emotionally and mercifully irony-free. The dialogues are beautiful and uttered in the kind of affected delivery you would expect somebody declaring their undying love on top of a cliff to use. And the wonderful M83 soundtrack adds a dreamy and electronic panache to it all. I don't want to spoil too much but the film also flirts with the Gothic with a touch of old school horror that works really well. There are echoes of Mario Bava and Jean Rollin among others, and the iconic shimmering dress worn by Delphine Seyrig in Daughters Of Darkness makes a striking appearance. 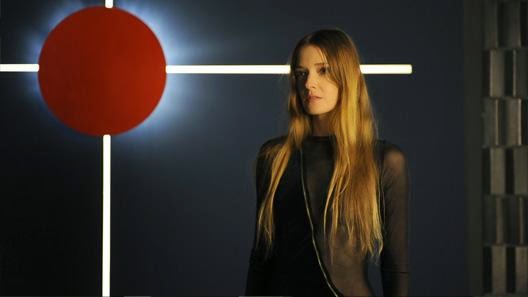 As for the cast, it is uniformly brilliant, with a particularly moving performance from the sadly rarely seen Fabienne Babe, and a very amusing turn from Eric Cantona, who easily makes you forget his public persona, here playing a stud afflicted by an oversized body part (aherm). There is a fascination for those of my age range for the 80's in general, a decade we were a tad too young at the time to fully participate to yet old enough to observe with the curiosity that children have for what the grown-ups get up to. And while many American films have been celebrating this decade, it is not often that the French cinema looks back and references it.

As such, You And The Night has got to be one of the best loving tributes to it, which is why I felt such a personal connection to it. It is funny, witty, sincere, inventive, romantic, poetic, it feels like riding a motorbike in the night while listening to Indochine... Quite simply, it is a film I wish I had made.

You And The Night is released by Peccapics and is out on the 3rd of October in cinemas, and available on DVD/VOD on the 10th of November.