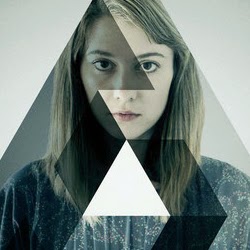 It seems to be an enduring trend of film festivals that it is often the directors you expect the most who let you down, while it is those films you did not know anything about it that surprise you. And FrightFest this year was no exception. The best film I saw was one I did not know or expect anything from, Faults by Riley Stearns.

In it, Ansel (Leland Orser), an expert on mind control is enrolled by concerned parents whose daughter Claire (Mary Elizabeth Winstead) has fallen into the clutch of a weird cult. Having kidnapped her and confined her to a motel room to do his work, it is safe to say that Leland had not anticipated the turn of events, leading to a mental game of cat and mouse. Faults is Sundance-y to the max, but not in an annoying, kooky romantic comedy with a ukulele kind of way, more in a resolutely independent, creative and original way. And it is a tribute to the festival they have extended the boundaries of their selection to include some less obvious candidates such as this. If anything, I often felt during FrightFest that I was seeing a much more interesting snapshot of the US indie cinema than I did at Sundance London earlier this year.


I came out of Faults describing it as Inside Llewyn Davis meets Computer Chess on Twitter, partly in jest, but such is the magic of Twitter that the director instantly picked up on my review and retweeted it, very pleased with this if a little unsure of what I actually meant. The first half definitely has a Coen Brothers vibe, with elements of black comedy wrapped in a bad luck of almost cosmic proportion, with Ansel presented as a pathetic loser on a downright slope. And the Computer Chess reference comes from the increasingly weird, hotel based shenanigans that take place in the second half. 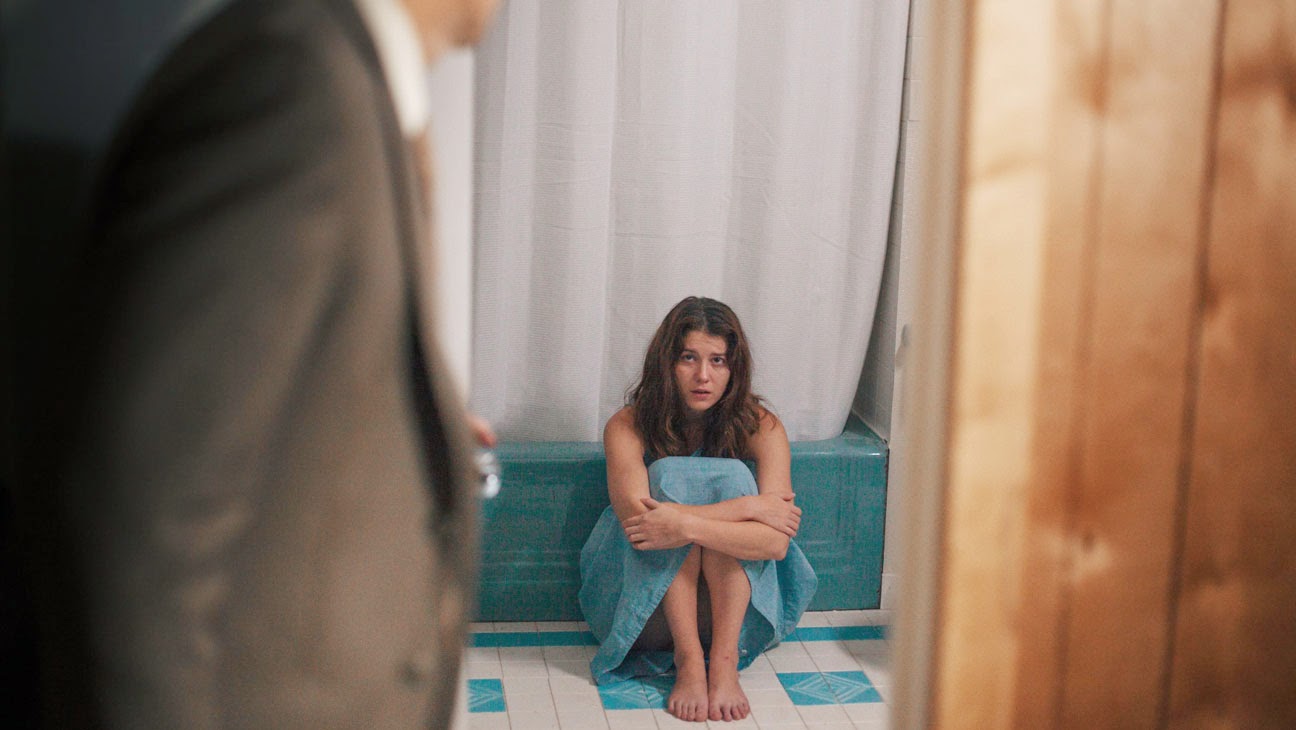 This is a film which compels and intrigues right from the start, and the pervading atmosphere of menace and increasing oddness is gripping. There are some genuinely disturbing scenes throughout, carried with a masterful direction and some fantastic acting. Claire is a complex and unexpected character and Mary Elizabeth Winstead is immense in this role, all in subtleties and mystery, delivering yet another fantastic female performance in a festival that has offered us so many.

So now for the disappointment, Among The Living. I absolutely loved the directors Alexandre Bustillo and Julien Maury's first film, Inside, with their muse Beatrice Dalle, and nearly as much their follow-up, Livid. Among The Living starts off brilliantly, with an opening scene of staggering brutality, featuring Beatrice Dalle in a cameo. Sadly it all goes downhill from there.

We follow three children at the star of a school holiday, whose enjoyment is short lived when upon exploring an abandoned theme park, they come across a tied up woman in the boot of a car. And while nobody believes them, the mutated monster responsible for this is on their trail...

Among The Living is an intriguing proposition at first, aiming for a mix of Spielberg-esque childhood magic with a savage gorefest. But the film makes two major mistakes from which it never recovers. First of all, the three children are abrasively unlikeable, so much so that I cannot quite remember more obnoxious characters in a film in a while. I don't mean cheeky, I mean properly obnoxious, sweary, homophobic, violent and bullyish idiots, to the point that you couldn't care less about anything happening to them.

And then just as unforgivable, why introduce the greatly evocative setting of a deserted amusement park at first, which echoes the one in The Texas Chainsaw Massacre 2, only to move the action away from it to the boring suburban houses of the children, where all the mayhem takes place. Seriously, why? It makes the film turns into a pedestrian slasher without an ounce of originality. The mutated killer himself is unremarkable and there is very little tension throughout, relying on tired jump scares. While their previous films introduced some shocking and violent surprises, here a particularly gory killing feels just tagged on for the sake of it. 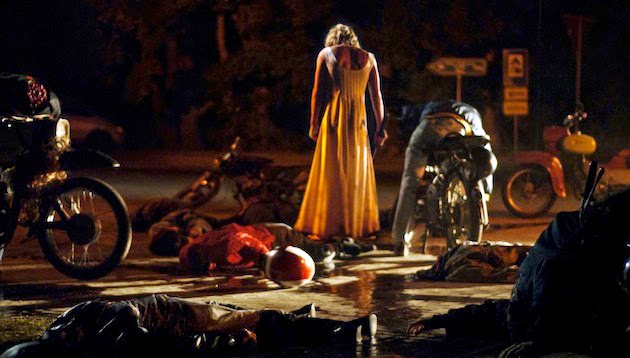 Moving on to yet another gem of the festival, The Samurai. It is an understatement to say that its premise is unlikely, and yet it works brilliantly. In The Samurai, police officer Jakob (Michel Diercks) becomes the target of a transvestite killer (Pit Bukowski) who plays a game of cat and mouse with him, in a dreamlike night waltz of Thenos and Thanatos.  With elements of fairy tales symbolism reminiscent of The Company Of Wolves, mixed with a fetichism which echoes Brian de Palma in his finest hours (especially Dressed To Kill), The Samurai seduces, intrigues and baffles in equal measures.

Both lead actors are brilliant but you have to applaud the very committed performance of the samurai by Pit Bukowski, in a part that could have easily turned ridiculous, but who here creates a strikingly original and mesmerising character all in dangerous seduction and bare magnetism (and when I say bare, I mean bare, you'll see...). 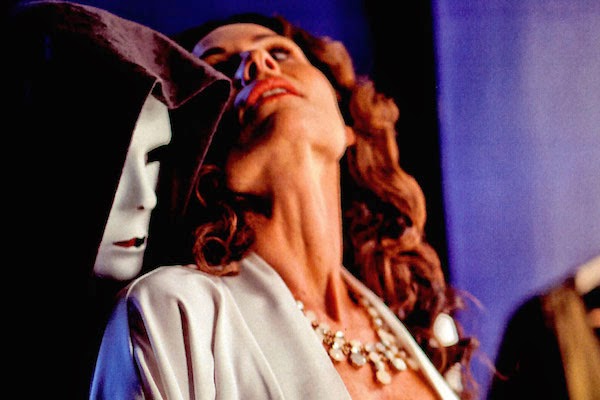 Sometimes mixing unusual elements works. Sometimes it fails miserably: enters Stage Fright, which was sold to us as Glee meets Sleepaway Camp, perhaps not such an unusual proposition after all considering how many gleeks also double up as horror fans. But it also makes it sound a lot more enticing than it is. In it, still traumatised by the brutal murder of their singer mother years ago (Minnie Driver, in an amusing cameo which echoes her part in The Phantom Of The Opea), teenage siblings Camilla and Buddy Swanson (Allie MacDonald and Douglas Smith), are hired as cooks in a summer theatre camp. But a masked killer is on the loose, working his way through the cast and crew...

I was feeling very indulgent after a few beers but I never expected it to be so dull. Stage Fright needed outrageous kills and a high camp factor, yet it has barely nothing of the sort. The songs are completely unmemorable apart from the amusing opening number in the camp, and the death scenes boring. It is a shame as a couple of elements show what a great cult film it could have become if it had tried a bit harder: there is an outrageous and hilarious line about a particular Japanese speciality which had the audience laughing uncomfortably. And the death metal loving, musicals hating, Kabuki mask wearing killer with a falsetto voice is absolutely hilarious, a striking character who deserves to be in a different, better film.
at 13:09