Interview with Lee Hardcastle, Director of Pingu's The Thing 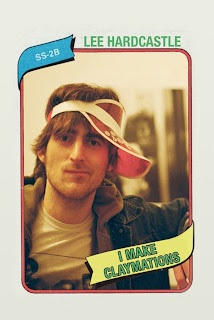 Unless you were hiding under a rock this week, you cannot have missed the incredible The Thing/Pingu remake/mash-up that has been uploaded on YouTube by his director Lee Hardcastle, and has been a massive hit since.

As a huge The Thing fan, I was so impressed by it that I have already decided to give it a guaranteed spot on my top ten list of best films of 2012, you can see it and read my previous post about it here. I was curious to find out a bit more about his director and Lee has been kind enough to answer a few questions for me. Lee studied at the Northern Film School and then got a job as a runner in a Soho Post-Production company, before realising that if he wanted to make it big in the industry, he had to do it by himself!


You can see more of his work (including a behind-the-scenes featurette for Pingu's The Thing) on his website.


FilmLand Empire: First of all, what inspired you to do such an unlikely mash-up of Pingu/The Thing?
Lee Hardcastle: I started doing claymation parodies of classic films on my YouTube channel that did pretty well, the biggest request I had was THE THING (82) and it's actually a close personal favorite film of mine too. I also tie in my 60" remake efforts with a competition here in the UK called Jameson's DONE IN 60 SECONDS which I've been an international finalist for 2 years in a row now (hoping to make it 3 years with Pingu).
And so, I wanted to have one last massive stab at it. I went through many different ideas and when I came up with Pingu's THE THING, I just thought - the idea alone of Pingu & The Thing together is amazing! I was thinking big.
The most impressive aspect on your short film is the breathtaking attention to details, from the loving recreation of iconic scenes from the original The Thing, to the inclusion of some of its sound effects as well as Pingu's, not to mention the quality of the animation, just how long did it take you to make it?
10 days was spent on the animating process and I'm guessing about 6 - 10 days were spent on pre-production, model making, set building, shopping, editing and eventually the sound mixing. Which I decided to do all my self.
Have you seen The Thing prequel and what did you make of it? Many viewers have commented that your film is scarier and a more fitting tribute to the John Carpenter version!
My fingers hurt from typing to friends why I hated the prequel. I fucking HATED IT.
I was up for some cool bits here and there, I wouldn't mind if it was gonna be a little bit crappy but... it took the piss. C'mon, you don't need me to rant about how bad that was? I collected all THE THING FROM ANOTHER WORLD comic book spin-offs during the 90s and I loved those as much as the '82 film, I even had fun with the video game that came out on the Playstation 2 in 2002.
I'm not even much of a film snob neither, I mean I enjoyed Uwe Boll's HOUSE OF THE DEAD if that's anything to go by?
What I will say is, I'm glad I watched THE THING 2011 because on an educational level, it helped me understand what makes THE THING 82 such a great film and it gave me more appreciation to a film I already had so much love for to begin with. So much so, I reckon THE THING 82 could even be my favorite film of all time now.
Your film made a big impact on the web, with 86,000 views in 2 days so far and rising, as well as articles in The Guardian, The Huffington Post and basically every single film blog on the planet, did you expect such a reaction?
Honestly, no. There's 2 versions of the video, a DONE IN 60" second version which was the original. I showed it to a couple of people and the response was weak, I thought that I had attempted too much for a 60" short and the lack of jokes & dialogue might have ruined it.
So I decided to make the longer 2 minute edit and sell it as "Pingu's THE THING" rather than a DONE IN 60" gimmick. I have a bad habit of tweeting celebs on twitter, and the first thing I did was mention Carpenter in the Pingu launch tweet. He replied back and said he loved it!
That's the mystery of viral content and making YouTube videos, you can never tell what will be successful.
A couple of years ago, an aspiring Uruguayan filmmaker, Fede Alvarez, uploaded his amateur short film on YouTube also, called Panic Attack, and made such an impact that he is now at the helm of the new Evil Dead remake. Are you hoping for a similar development in your career?
Is that what happened? Wow, that's really cool. Yeah that's what I'm about, making videos for YouTube and selling myself. YouTube has revolutionised independent film making, I support it all the way and I don't have much appreciation for Film Festivals, I've got a bone to pick with them.
YouTube is your stage, accessible by the entire world, it's beautiful.
Speaking of career, can you tell us what the situation is at the moment for an animator such as yourself trying to break into the industry?
I never tell people I'm an animator but a film director and that's the truth. I'm not an animator, I'm not a set builder, I'm not a sound engineer - I know the basics of these things but I'm a film director who's crew happens to be himself - and occasionally I'll bring in other talent for bigger projects.
My situation is that 2011 was a good year for me and I'm doing okay for myself now. I'm getting by doing what I love doing and I can't ask for much more than that. It's weird because everyone says "Oooh! The film/tv industry, it's hard to get your foot in the door." and I feel like I've snuck into the business through an open back window.
at 01:04