God's Own Country By Francis Lee 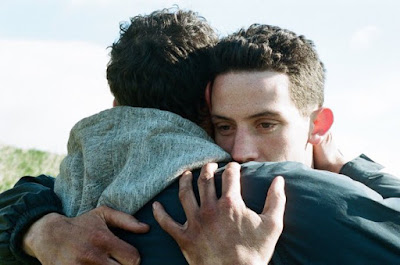 
Fresh from wowing the crowds at this year’s Edinburgh Film Festival and going on to win the award for best British Film in the process, Francis Lee’s God’s Own Country finally sees its nationwide release this week. This deeply touching and thoroughly charming first feature has garnered the greatest amount of good will from critics and film fans alike, making it one of the most awaited British films of the year. Set amongst a Yorkshire Dales farming community, and recounting a love story between a Romanian worker and the owner of a sheep farm, the film is predictably being referred to by some as the British Brokeback Mountain, but in reality God's Own Country has a lot more in common with Barry Jenkins’ surprise 2016 hit, Moonlight than with Ang Lee’s deeply flawed 2005 movie.


Johnny (Josh O’Connor) is finding it hard to reconcile his daily routine of sheep farming with having to hide his sexuality from those closest to him. Having missed out on pursuing higher education in favour of looking after the family farm due to his father’s illness, the taciturn young man has taken to drinking heavily in-between illicit encounters with other men and arguing with his ailing father Martin (Ian Hart). Things come to a head after the arrival of Gheorghe (Alec Secareanu), a rugged, handsome and devilishly bright young Romanian seasonal worker hired by Johnny’s grandmother to help around the farm.

The two young men instantly take a dislike to each other, with Johnny being particularly condescending towards the new arrival. Managing to make himself indispensable to the family within a few days, Gheorghe soon finds himself at loggerheads with Johnny who refuses to work alongside him. What follows is a beautifully told “will they? won’t they?” dance between the two young men, culminating in an, at first, passionate physical relationship, which eventually turns into something more.

Lee does a wonderful job in presenting his audience with a tender, yet realistic love story between his two protagonists. Managing to capture the beauty of the Dales, whilst expertly avoiding the usual “doomed gay relationship” tropes, the filmmaker does a wonderful job in offering two thoroughly likeable characters. O’Connor’s wonderful performance as Johnny is genuinely impressive, his ability to convey his character’s inner most fears is a testament to how accomplished of an actor he already is. While Secareanu’s turn as the quiet, yet passionate Gheorghe is brilliantly judged and never overdone.

With a beautifully nuanced screenplay and an unapologetically honest narrative, Lee succeeds where many have failed before, by making the story, not only hugely believable, but also thoroughly compelling. Depicting love and lust in their most messy, raw and rightfully unsanitised forms, God’s Own Country makes you want to root for its protagonists even when their actions are poorly judged. You will laugh, smile, cry and finally want to cheer for them. A genuinely impressive piece of filmmaking which deserves all the accolades it is likely to get. See it as many times as you can.