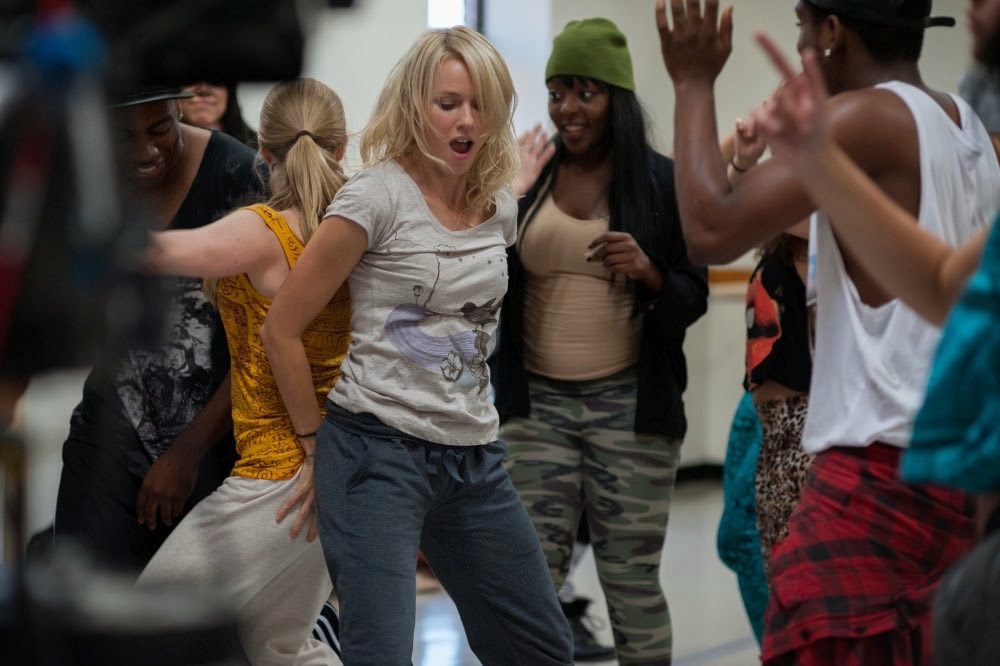 In While We're Young, middle aged Cornelia (Naomi Watts) and Josh (Ben Stiller) meet a younger bohemian couple Jamie (Adam Driver) and Darby (Amanda Seyfried) by chance, and strike an unlikely friendship, seduced by their more carefree and seemingly richer life, finding a renewed energy and excitement, and having a their eyes open to a new world. But how long can this unusual bond last?

While We're Young depict current young people the way us, slightly bitter middle aged people, see them: a lot more focused, confident and successful than we were/are (although I suspect their portrayal will make actual young people cringe). And there is a really funny and well observed gag that goes against stereotypes, and shows middle aged people a lot more comfortable with technology whereas their younger counterpart have rebelled against it, adopting anything vintage, be it watching films on VHS or playing board games.


The film has on the one side young people who feel that the world belong to them, with an optimism, can-do, and go-getting attitude that is very attractive to their older counterparts. But the flip side is also a certain arrogance with the belief that anything they are interested in and produce is of value (and you have a generation of parents unable to say no to their little darlings to blame), and a very self-centered and fake generation, which was already the theme of Frances Ha (don't shoot the messenger, this is the message of the film, not how I see young people!). Against them, the middle aged couple has lost their motivation and drive, slightly crushed by life's disappointments and failures.

Because it is a Noah Baumbach film, you just know you'll come out hating humanity, and while this isn't his most cynical films, it still happens. Adam Driver perfectly depicts a certain kind of young, urban man as a conniving and self-absorbed douche that is in love with himself and only sees others as tools to be used towards his goals. That might seem a little one note but we have all come across people exactly like him, with seemingly no redeeming features. The director does not show his older counterpart in a more positive way however, on the contrary, he is as selfish and self-absorbed, the only difference being that success has eluded him, with him working for over a decade on a self-indulgent project with little signs of value and refusing to accept any constructive criticism. 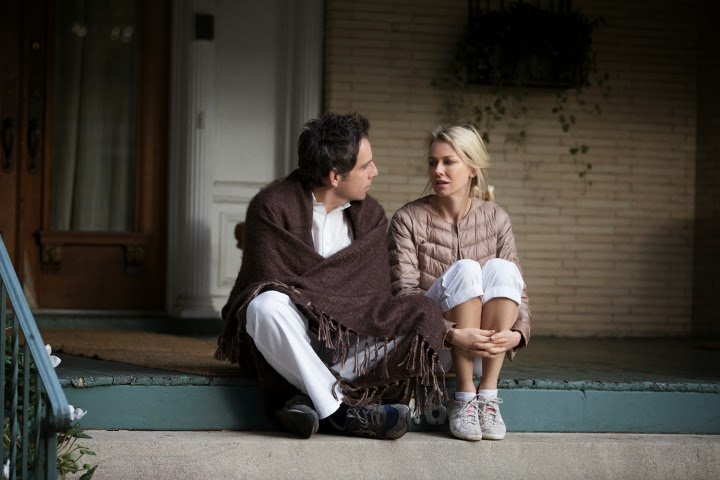 And there is a spot on swipe at a generation of young (and not so young) filmmakers who surf on the rise of the documentary genre with less than honest intentions (and again, I feel like I am shaking my cane and shouting at young people, but I've come across that type, particularly in New York City).  Indeed, Ben Stiller has a not so subtle scene in which he quotes Godard claiming documentary is about the world and fiction is about oneself, and how he is trying to inverse that trend.

But while young people are depicted in a perhaps one-dimensional way, the film is a very accurate description of a certain kind of mid life crisis in which you do not see yourself fitting with and keeping up with people of your own age (all making babies and seemingly successful), while realising than younger people are going ahead of you already. And while we have seen so many films about inter-generational romance, inter-generational friendship is a much more original subject to explore. Some of the scenes of generational clash of culture in the first half are a bit obvious (the middle aged couple grappling with hipster culture, Naomi Watts following Amanda Seyfried to a hip-hop class), they are many hilarious all the same, until the film takes a much darker path.

Female characters appear underwritten (even though ironically Naomi Watts is the real knock-out in it, making the most of her character with subtle brushes) until you realise that this might well be the point, with them being neglected/undervalued by their partners. And while Amanda Seyfried appears to be all be abandoned by the film half-way through, she makes it perfectly clear that she realises where she is expected to be and where her place is, in the shadow of her charismatic boy-friend who sees her as yet another tool to his grand plans of fame and success.

Speaking of women, I might be reading too much into it but I cannot believe Noah Baumbach casted an actress that is a dead ringer for his ex-wife Jennifer Jason Leigh playing the stereotypical character of a woman rendered dull and almost infantilised by motherhood, and I wonder how much of a coincidence that is (and the fact that the director dumped her for a younger model, even though this does not happen in the film, could tell us a lot about the inspiration for his film!).

Yet while it is a lot more insightful than its trailer and marketing make it out to be (misselling it as an indie Bad Neighbours), While We're Young is a frustrating film which, for all its insight, puts its points across clumsily, with many contrived situations and often clunky dialogues. It is also a shame also that the director did not end with what was shaping up as a great and understated ending, by adding a perfectly superfluous scene that ruins everything by adding a closure that feels superficial. If only Noah Baumbach had polished his dialogues and let his film flow a bit more naturally, we would be on to a winner.

Out in the UK already. Opening wide in the USA on the 10th of April.