Curse Of Chucky: Back To Basics 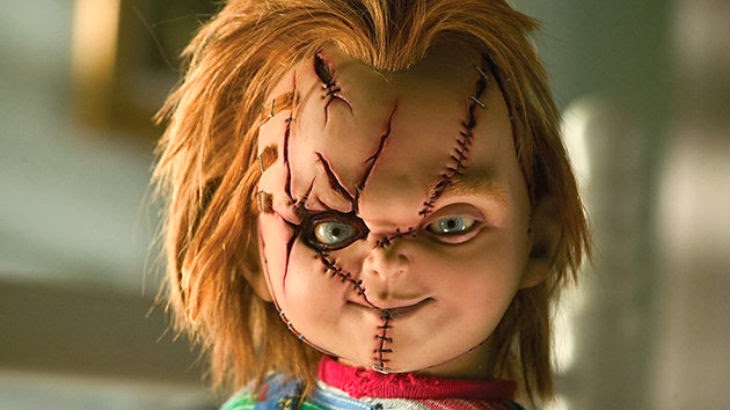 The Child Play franchise is certainly not among the best among horrors (but then which long running one has managed to stay on top?) but it has earned a special space in the heart of genre lovers, mostly thanks to its central character, the mischievous (ok, evil!) child doll Chucky and the talent behind the voice: Brad Dourif. It has valiantly been been going for nearly 25 years now, with a fairly subpar sequel then threequel, before becoming really out there with The Bride then The Seed of Chucky.

Curse Of Chucky is at once a sequel and a reboot. Creator of the serie and original director Don Mancini is back behind the camera, and the new film takes into consideration some of the storylines (but not all) that have happened before but streamlines the proceedings greatly. As much as I enjoyed some of the recent sequels, I must admit it had gone a bit too post modern, meta, all over the place...


So it's back to the roots and back to basics, in a film whose single setting (a gothic mansion) and simplified script: the evil doll finds its way to a house (with an ulterior motive...), and promptly despatches its inhabitants.

It starts off quite well, after the obligatory pre-credits kill, with a very amusing dinner scene and a great death scene. But I must admit it does not quite fulfil its potential, and while I am not fan of the frantically edited modern horrors, here it takes it time a little too much and lacks of tension, with some fairly banal death scenes. If anything it feels almost a little retro, reminding me of some of more average horrors in that phantom zone of the genre within the late 80's/early 90's. 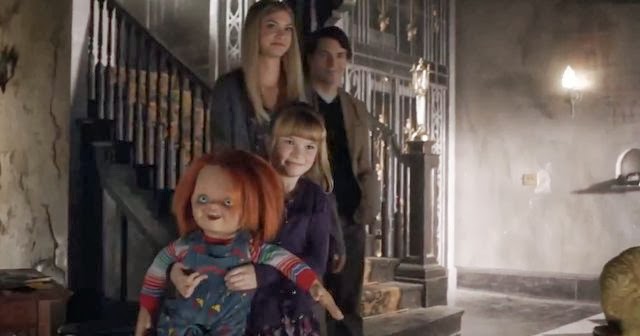 Interestingly, the spirit of the recent sequels is not gone completely, thanks to a couple of rather darkly funny elements and trashy touches which I will not spoil.

There are a couple of fine performances too, with Fiona Dourif the knockout, with a real screen presence, as well as a nice turn from Danielle Bisutti as a demented religious type with secrets of her own. And Brad Dourif's voiceover is endlessly entertaining , with his interactions with the young daughter of the family despicably funny. As for the doll itself, it has gone through a slight but successful new design, being at once more child-like and more sinister.

The ending is rather intriguing, and I wonder if any potential sequels will follow up from it or scrap it altogether and take a safer path of some more doll mayhem. Curse Of Chucky played well at FrightFest last year and I can imagine it being a lot more enjoyable in a crowded audience of fans.  As it stands, it's a perfectly enjoyable if slight new addition to an enduring franchise, which, like the little guy itself, will seemingly never die!