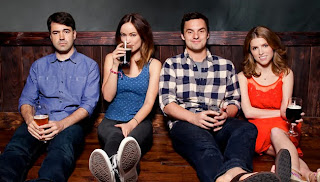 One of the biggest surprises of the year, since a mere few days before seeing it at the LFF I didn't even know of its existence. And while I knew Joe Swanberg as a great actor (A Horrible Way To Die, You're Next, The Sacrament...), I had not seen any of his films as a director previously.

Drinking Buddies follows the interactions between two couples, from friendship to love and anything in between, and is a great throwback to a certain kind of grown-up cinema that was more prominent in the 70's. Indeed, watching this makes you realise how very few American contemporary films seem to actually tackle relationships head on without the need for some padding, be it comedic or overly dramatic. Even indie films often hide behind a rather grating affectation. Here there are no artifices, it all feels terribly real and well observed, very funny at time but never over-written, since most of it was actually improvised.


I have been to Chicago (where the film is set), and the Midwestern friendliness is not a myth, it is prevalent even in a big city. And there is much evidence here alongside much human warmth, helped with a quarter of excellent actors, especially Olivia Wilde, who had never been given the chance to shine as much as she does in here.

Drinking Buddies will make you feel all warm and fuzzy, and is one of my favourite recent American films about love and relationships since In Search Of A Midnight Kiss. 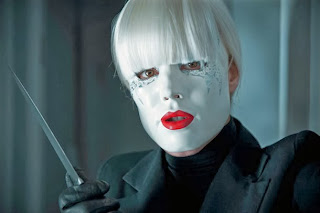 Ah, Brian de Palma... The man responsible for both some of the best and worst films ever made is back on form, for a remake of what I believe to be a rather dull French thriller (Love Crime), vajazzling it with pearls of visual flourishes. The first half feels like those erotic thrillers that were so popular in the 90's in the wake of Basic Instinct, complete with glossy interiors and with a hilarious Eurotrash twist to it, not to mention some laughably dialogues. It is almost as if, in his old age, Brian de Palma just does not care about even trying to make some plausible, belieavable films any longer. Cinema is artifice no matter what, so why even pretend? Not to say that it is not enjoyable, far from it, there is a glorious OTT quality to it.

And then the film switches tone for a completely mental second half which is a dizzying game of smoke and mirrors, and a reflection on, well, reflections in all their forms: twins, mirrors, a camera, impersonation... Passion explores passion, manipulation and infatuation with a wonderful playfulness, as if life was just one big S&M mental game. It is like a fetichist dream, in which reality becomes multiple realities within each other like Russian dolls.

I have seen Passion twice already and I love losing myself in the woken dream of its labyrinthine plot, and there is a real love of cinema on display in here. On top of it, and in keeping with his long standing status as a Hitchcock admirer, Brian de Palma beautifully films three incredibly glamorous women: Rachel McAdams (the standout as a corporate succubus), Noomi Rapace and Karoline Herfurth.

8) No One Lives by Ryûhei Kitamura 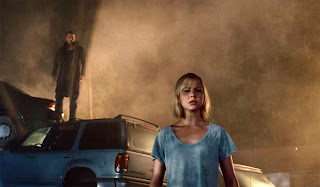 Yet another film that came out of nowhere only to grab me by the throat for a lethal embrace. When a motley crue of small time villains comes across a seemingly normal couple and kidnaps them, little do they know what they are about unleash. Starting off like a seemingly run-of-the mill thriller, before turning into a dark comedy only to shape-shift into a f&8ked up romance, the film grows from strength to strength throughout, never once losing its gripping intensity. What is so remarkable in here is how unique the voice of director is. It looks like nothing I have seen before with heaps of OTT violence, and some dark humour that is never intended to distantiate the film from the deadly earnest seriousness of its story.

With a touch of Southern gothic to it, No One Lives whips up a storm of mud and blood with our emotions going through a meat grinder. Ryûhei Kitamura had already directed The Midnight Meat Train previously, and he is one of the most singular talent in horror right now. 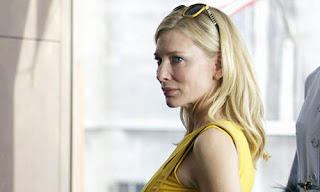 You just don't know what to expect nowadays with Woody Allen, an exciting turn of event for somebody I had given up on for a good decade from the mid 90's to the mid 00's. And yet he has quietly come up with two of his best films in the last two years, Midnight in Paris and now this. Many have said that Blue Jasmine is all about Cate Blanchett, but there is a lot more to the film than just her amazing performance. Following the spectacular downfall of a wealthy socialite, it is the scathing portrayal of a uncaring and money-obssessed American society (with echoes of Wall Street con men and the Bernie Maddoffs of this world), which still offers very little support to those falling on hardship, Blue Jasmine shows that no one is the safe, and the higher the standing, the harder the fall.

What makes it so impressive is the balance that Woody Allen has achieved, steering his film perfectly as to not to fall into either too comedic or overly melodramatic a tone. And he has written one of the best and most complex female characters of recent times. Yes Cate Blanchett's character is despicable at times (especially in the flashbacks of her previous glory), completely deluded, terribly self-centered and seemingly unsuited to the real world, often being her own worst enemy. Yet humanity shines through the caustic writing as there is as much mental anguish and suffering somebody should sustain, and despite yourself, you cannot help feeling sorry for her as she struggles to get her life back. Particularly heart-breaking is her doomed attempt to a new romance as everything crumbles around her.

Cate Blanchett is towering over any other actresses this year, and I am already bracing myself for the biggest Oscar injustice after her Elizabeth lost all these years ago. And that last scene... Worthy of an Oscar alone! 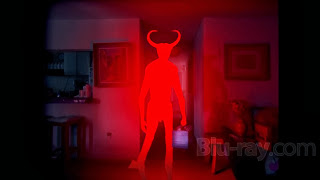 Opening with one of the most beautiful scenes seen this year, showing a young girl wander around a field, surrounded by animals and under a huge thunderstorm, Post Tenebras Lux is a visual treat from start to finish, with the film shot through an intriguing filter and some beautifully shot landscapes from an almost mystical place in Mexico.

Here family life is mostly seen as a burden, and despite the veneer of modern civilisation, the primal desires of mankind are never far behind, be it violence which threatens to erupt at any time (and frequently does), as well as carnal desires, with a flashback to a French and bizarrely literary swingers club. The director also explores class war, which is here raging under a barely contained, simmering surface.

Post Tenebras Lux is beguiling, at times confusing but majestic and bold. It is a terribly affecting proposition of cinema from a director who truly is not afraid to try, and one of the most striking films of the year.