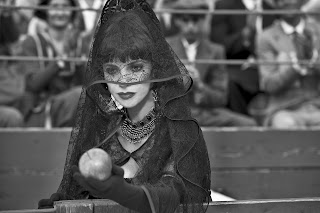 This Spanish silent adaptation of Snow-White, transposed in the Seville of the 1920's could have turned so horribly wrong, as a pastiche or vacuous style exercise. Yet instead, this is a pure joy, a beautiful love letter to cinema, stylish and stunning, with tributes to many classics of silent cinema of all genres. Blancanieves is also incredibly funny, with a hilarious and plucky rooster, and a star turn from Maribel Verdú channeling old school glamour as the OTT wicked stepmother. 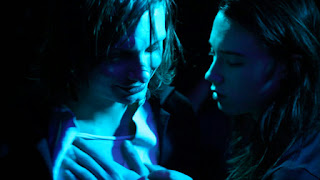 It's a little known fact that, by law, French cinema's yearly production must contain at least 10% of coming of age films. Perhaps calling Atomic Age a coming of age story is stretching it a little, as it lasts no longer than the course of a night. Yet, there is no denying that within this short time frame, the young characters go on a certain emotional journey, facing their own confusions.

Following the night time odyssey of two male teens as they hit the nightclubs of Paris, Atomic Age is unashamedly French, with its characters musing about philosophy, love and life, with their incredible hair, meaningful glances and affected way of smoking. But Helena Klotz, rather than following the stereotypes of "cinema vérité", opts for a more stylish proposition, wrapping her film into a lovingly electro soundtrack as well as some gorgeously artificial lightings, creating a wonderful sensory experience, the kind that French cinema has not accustomed us to. And she excels at capturing the experience of going out at night when young, the freedom, the wandering around, the feeling that the city is stuck into suspended animation, that the night will never end, the way nighttime changes social interactions... Atomic Age is a gorgeously atmospheric, moody and affecting piece of work which transcends the cliches of its genre.

13) The Paperboy by Lee Daniels 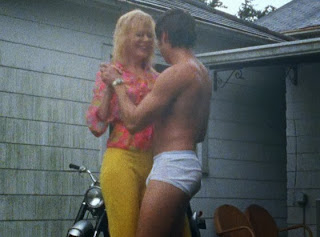 Among all the films on my list, The Paperboy is the one I am convinced its success has little to do with his director. His previous, Precious, was a little worthy and tiresome, and I'm not holding my breath for worthy historical sage The Butler. But here he impresses with this swampy, sweaty bayou-noir that is all over the place from a narrative point of view, but whose trashy essence reveals a unexpected beating heart. Among all the confusing plot and outré histrionics, two performances rise above it all, Nicole Kidman, who has not been as moving in a long time, behind her vulgar facade, and Zac Efron, who here shows some welcome acting chops. Their unexpected relationship proves quietly affecting as the film progresses towards a sadder and more melancholic tone. The Paperboy is a hot mess but what an entertaining hot mess!


12) The Counsellor by Ridley Scott 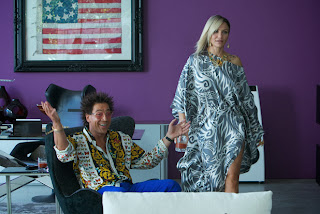 Back when I heard about this, because of its title and its starry cast, I expected some run of the mill courtroom drama for some reason. I could not have been further from the truth. The first script by Cormac McCarthy (as opposed to adaptation of his books by others), this follows a counsellor who gets dragged into a dangerous world of drug smuggling purely because of his greed. The film is so unlike any mainstream thriller/drama, which is why it bombed badly. It does have a rather hard to follow plot and long scenes of dialogues with characters philosophising about life, but this is what makes it so precious and unexpectedly affecting. The A-list cast shines, with a special mention to Brad Pitt in a short part, but it is Cameron Diaz who is towering above them all, in a part dark in which she is like the original sin incarnated. And she proves yet again that she is never as good as when she is bad (as seen recently in Bad Teacher). Ridley Scott's best film in years, The Counsellor is a black diamond of dizzying nihilism and wickedly enjoyable.

11) Beyond The Hills by Cristian Mungiu 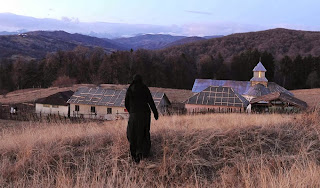 It is rather interesting how sometimes the most kinetic, ADD suffering blockbusters can prove to be so boring, and yet a slow-paced arthouse nunsploitation drama about women in love in a rural convent in Romania turns out to be so gripping.

It would have been easy to turn this into a scathing attack against the catholic church, but director Cristian Mungiu is better than that, and he said it himself, there is no villain in his film. The women could have easily ran away to live their love together, but in a love triangle with God, there can be no winners. Beyond The Hills is engaging from the first minutes, featuring some impressive performances from the two female leads (who rightly won a join best actress award in Cannes last year), and it is terribly affecting all the way to its devastating ending. There is a true mastery of cinema here, which does not allow itself any cheap sentimentalism and merely relies on the strength of its script and acting as well as a subtle but assured direction. And the director has the audacity to allow himself a big splash of black humour (literally) at the end, which far from losing the film's balance, is pretty much a summary of all that we have seen before. Yes, sometimes life literally throws mud at you.