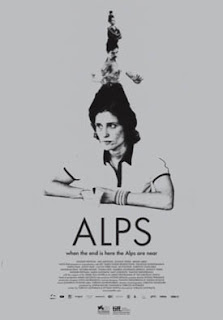 I suffer from a severe case of listilitis, probably because I have lived in the UK for over 15 years now, a country when the making up of list has been elevated to an art form. And I usually spend my time from February onwards deciding whether each film I see is worthy of an inclusion in my end of year top 10. Having published my top 5 of unreleased films, it is time for the top 10 of the films which did make it to the UK in 2012! This list is in 2 parts, I shall start with 10 to 6, and then my top 5 has already been published on the brilliant film site Cinemart.

It has not exactly been a vintage year for films, from my point of view anyway, apart from a very strong top 3. But then it has actually been a fantastic year for film festivals on the plus side, and 2013 is looking promising.

10) Cabin in the woods by Drew Goddard 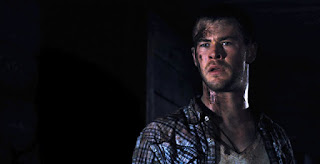 This is the kind of film which nearly threatened to collapse under the weight of expectations and hype, a hype I was part of in my very modest way as I was lucky to see it a month before its release, and indeed, it almost suffered from a backlash before it even hit the screens. But while Cabin In The Woods might not quite have been "the best horror film of all times" as I have seen it written elsewhere, or even revolutionised horror as some have claimed, I still cannot forget how much bloody good fun I had watching it. It was almost like a love letter for us, fans of the genre, who usually have to waddle through so much mediocrity to get our fix. Here Drew Goddard subverts the well known codes of horror and infuse his film with endless twists and wicked invention, before letting it all out in a completely mental third act. 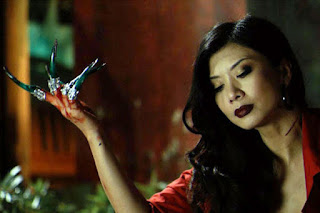 Tulpa, Amer, Berberian Sound Studio, and Red nights... It is as if the giallo has risen from the grave and came back to our screens like a dangerously aroused goblin. This sadly only came out on DVD only, and was a big flop in its native France. Yet, this hybrid of giallo/Asian horror/50's French films noir/Exotic 80's eurotrash is a dark enchantment, superbly and meticulously stylised to within an inch of its life, with some of the most glamorous (and strong!) women to grace our screens this year, and enough neon lights and close up of trench coats to keep the fetishist in me happy. 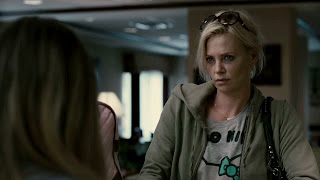 Charlize Theron was on fire this year, with 2 memorable turns, as the wicked queen Ravena who completely stole the show in Snow White & The Huntsman (I actually cannot even remember who else was in this, I vaguely remember a monstrous Australian/Scottish accent), and before that in Young Adult, as a writer going back to her home town to snatch her now married flame from the past. Diablo Cody's writing has wonderfully matured in this, leaving behind some of her slightly annoying flourishes from previous scripts but none of her acerbic wit, this time coupled with emotional depth. And Charlize Theron is sensational , finding the absolute perfect balance for her character: we are mercifully avoided the cliched development arc of the bad girl's atonement, she never goes too OTT in the baddie campiness either, and we are allowed a few glimpses of her weaknesses and insecurities but again, yet avoiding the trap of chasing our sympathy. She will next be seen as a punk with a shaven head in the Mad Max reboot. I cannot wait! 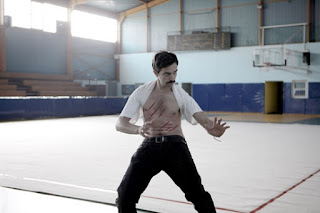 Alps was my first introduction to the work of Yorgos Lanthimos, as a fear of cat related violence made me skip his much acclaimed Dogtooth, and I took all if of its unusual awesomeness head on. This dark comedy has a group of people taking the place of the recently deceased in their family to help them cope with the pain. Saying the Greek revolutionise cinema is a step too far, but he has certainly created his own, inimitable style, with an almost abstract approach to storytelling and acting directions and some absurd set pieces. Pacey but never boring, with a story that is sometimes hard to fathom yet never feels like it sets to alienate its audience, Alps is the mark of an unmissable new talent in European arthouse. 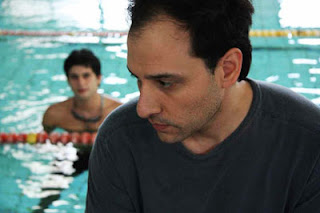 Another film which sadly only got  DVD release, although I was lucky enough to watch it in the big screen at the BFI at the LLGFF this year, with director Marco Berger attending. In Absent, a student plays a game of cat and mouse with his sport coach, and through circumstances and deception, finds himself having to spend the night at his place. It might seem an odd comparison but it was Psycho I was thinking about watching this, because of the skillful way the director plays with the audience's expectations and takes us through through a pacey yet tensed first half, set throughout this fateful night, with a sense of ominous dread, treating his drama like a thriller. There is such a confidence in the cinema of the Argentinian director, that he is able to conjure wildly different esthetical influences (including some loose elements of Asian horrors, even though his film is anything but a horror film!) and make it all work as his own unique style. Compelling, unique, and unpredictable right until the end, Absent is a real gem which demands more recognition.

And on to my top 5, which I have published at Cinemart:

The full article at Cinemart can be read here.
at 23:00