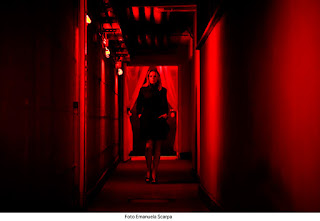 Out of the 100 films or so I have watched in cinemas this year, nearly half of them were at film festivals, mainly in London but also at the Cannes Film Festival, so it is only fair that I dedicate a separate list to those films seen at festivals but which have not come out in the UK yet. That I have seen so many at festivals is as much a testament to the vitality of the film festival circuit as a lament about the sorry state of the current cinema going experience, but this is a debate for another day. While some films on the list have already secured a UK release for next year, and as such, might find themselves in my top 10 of 2013, the fate of others is more uncertain.

I shall be releasing my top 10 of 2012 later in the year, but as far as this list is concerned, with no film festival coming up until the end of the year, I can safely release it now. I also feature two films which are completely out of competition, simply because I cannot determine whether they belong to the list of best or worst films I have seen this year, probably both... 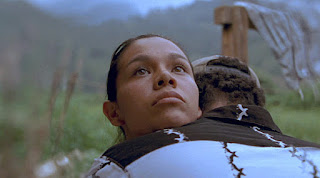 According to Sight & Sound, this was a weak year at the Cannes Film Festival. I would like them to then explain why 6 films in their top 10 of 2012 were presented there! The festival had two major shocks in store for me, one which will feature in my top 10 of 2012 as it did secure a release this year, and another one, Post Tenebras Lux, which sadly has yet to find a UK distributor. Of Mexican director Carlos Reygadas I knew very little except for his reputation for arty and demanding films, which sounded right down my street! Still, I was not prepared for what was to follow.

Post Tenebras Lux is a work of singular and obtuse beauty, beguiling and baffling in equal measure. I came out of the Cannes screening comparing it to The Tree Of Life, calling it its dark alter ego. Both deal with family life and the universe around us, but while the Terrence Malick film had Jessica Chastain levitating and the Big Bang, this one has a red devil and a gang-bang. The story itself is actually rather more straight forward than expected, but the style of the director is anything but. The opening scene in a stormy field is by far the most magical scene I have seen all year, and the film is peppered with striking images, up until its penultimate scene of surreal violence, which had the audience gasping in disbelief. The films was greeted by boos at its world premiere in Cannes, at which point I felt like getting up and telling all the ignoramuses in attendance to shut up. It was rightly rewarded with a best director prize however. 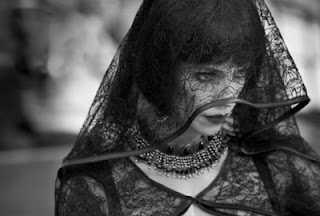 I have already written a full review of Blancanieves for the wonderful film site Cinemart, which you can read here, so I do not need to go on about it. A black & white, silent adaptation of Snow-White transposed in the Seville of the 1920's, Blancanieves gets everything right, a fine balance of laughs and drama, and a lustrous tribute to the films of this bygone era. As exciting and sumptuous as anything I have seen this year, the work of a true film lover, and part of this current trend of a certain nostalgia which, does not just look back but also revitalises its source material, here blending in elements dark fairy tales, German expressionism and much more. It also features one of my favourite female performance of the year (the glamourously campy Maribel Verdú as the wicked stepmother), and the best acting rooster, ever!

No UK release dates planned yet for this festival circuit darling, yet we live in a world where the Keith Lemon's film got unleashed widely on the unsuspecting British public. Perhaps we got the world we deserve after all. 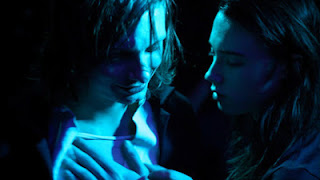 Seen at the London Film Festival, Atomic Age is a sumptuous and dream-like night odyssey of two French teenagers with floppy hair, as they navigate the map of their feelings towards the world around them and each other. While the subject might not sound particularly original, the young French director creates a universe of her own, with a phantasmagoric cinematography, all in shadows and neon lights, and a gloriously electronic soundtrack which adds to the unique oddity of this unidentified filmic object. Atomic Age has just been released in France so let's just hopes it crosses over the Channel.

4) American Mary by the Soska Sisters 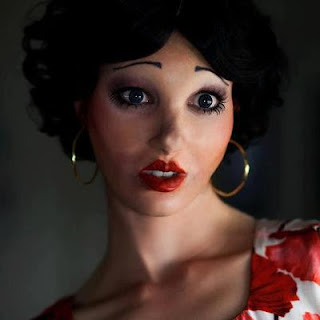 I hadn't seen the previous film of the colourful Soskas sisters, Dead Hooker In A Trunk, yet the buzz for their second feature was rather high. And fate had it that I managed to wake up on time for the scandalously early Frightfest screening of American Mary, despite a very late night of drunkenness, meeting with Tom Human Centipede Six and being at the midnight screening of Dead Sushi. Quite why the organisers gave this wonderful film the graveyard slot is anybody's guess!

American Mary, the story of a a broke medical student who finds herself drawn to the illegal world of extreme body modification to pay for her studies, is wonderfully assured effort, a tale of female empowerment filled with dark humour. It defies any category you might want to fill it in, taking us to a unique and strange world dreamed up by the Soska Sisters. Interestingly I have found American Mary, while being very much its own entity, to be an much more satisfying modern relay of the body horror themes of David Cronenberg than his own son Brendan managed this year with his too referential Antiviral.

As for the Soska Sisters, coming on stage at Frightfest wearing little more than a piece of string between them, swearing every other three words and beaming with love and respect for their adoring fans, they remain one of my favourite memories of any film festivals this year, and a remarkable and singular talent to follow closely in the future. American Mary will have a very limited release in January 2013 in the UK, do not miss it!


5) The Wall by Julian Polsler 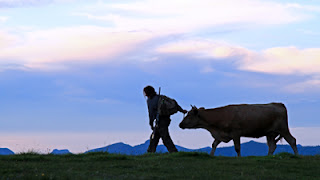 There are times when I am bored with post-modernism and a certain kind of cinema born in the 90's that is endlessly self-referential and avoid tackling big, bold intellectual subjects head on, in a way that the arthouse cinema of the 70's and 80's did with much gusto. So it is a return to form with this German philosophical science-fiction tale, where a middle-aged woman found herself trapped by a large and invisible wall in a (rather idyllic despite its savagery) mountain setting. Loneliness, the meaning of life, the place of mankind in an indifferent nature... A striking work that is demanding yet compelling, The Wall has been acquired by New Wave Films in the UK and should be released early next year. The trailer below is in German with no English subtitles. If you do no speak German fluently then I am sorry but perhaps philosophical arthouse films might not be for you.

And that brings us to two films completely out of competition, yet who both deserve a mention: 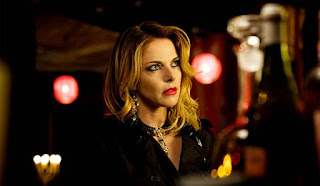 The interrogation mark is not a typo, I just could not possibly rank this film. None of us, Tulpa veterans, who attended its glitzy world premiere at London Frightfest will ever forget this fateful screening. Its first half is among some of the most exciting experience I have had in cinemas this year, lovingly paying to the Giallos, with a glorious cinematography all and in red neon and bright colours, elaborate death scenes and a spot on fetichism. And far from a vacuous style exercise, it manages to modernise the genre, adding elements of Eastern esoterism, copious amount of sex and strong female characters, a world away from the usual helpless female victims from the films it is paying tribute to.

Its second half however, features some of the most ridiculous scenes I have seen this year, as if the producers had switched directors half way through, with laughable lines badly uttered in English by its Italian cast (and who switch languages for no apparent reason), a plot which stalls and goes nowhere slow, yet manages to be confusing still, and some unintentionally hilarious "acting" (I use the term loosely).

We shall never forget Joanna, who smokes as furiously as she overacts. Joanna, gushing about Prague, the city of the R-cult. Or the ochchcult. Of the Archcult, we will never know. Joanna helpfully reassuring her friend, understandbly shaken having just found out her work colleague got slaughtered, that she "will be alright". I could go on forever, those moments will not disappear like tears in the rain, they are branded in our brain for eternity.

Giallos were never known for making much sense or for the depth of their dialogue, but here we witnesses a far too authentic recreation of such weaknesses. We rudely laughed, we rolled our eyes in disbelief, yet we applauded rapturously at the end, leaving the cast & crew (dressed to the nine and smelling wonderful) mightily confused. It is likely that Tulpa will get recut and released in a fully redubbed Italian version before it ever gets released. We just know that we witnessed something quite special, perhaps not quite for all the right reasons.

?) Kiss of the Damned by Xan Cassavetes

If you think a tribute to giallos is rather niche, how about a tribute to the sub-genre of naughty 70's French horrors, whose master was Jean Rollin. Yes, THAT niche. Now I have a confession to make,  I was completely drunk when I saw Kiss Of The Damned on a late screening on the last day of the London Film Festival, perhaps a suitable state to enjoy its unusual charm. The story of two feuding artistocratic vampire sisters (played by French actresses to give it its eurotrashy vibe), it is sumptuous, classy in a 80's perfume advert kind of way (similar to The Hunger in that respect), poetic, laughable, and seductive all at once. The cinematography is stunning, influenced by gothic and erotic films of the 70's, and the other-wordly electronic score adds to its atmosphere.

It features the wonderful performances of Roxane Mesquida (Catherine Breillat's muse and a bit of a US indie favourite after Kaboom) as an OTT and rebellious vampire, Joséphine de la Baume as the nicer sister trying to find eternal love, and the stunning Anna Mouglalis in a supporting part, all three summing up all that is distinctive and attractive about French actresses.

As I was coming out of the screening, I bumped into celebrated film blogger Katherine McLaughlin (@Coconutboots on Twitter) who burst out into an endless and infectious fit of laughter, one of my favourite film related memories of the year. Kiss Of The Damned would make a fantastic double-bill for connoisseurs of a certain kind of alternative cinema! I have unearthed a short clip which gives a real feel for it.


KISS OF THE DAMNED (2012) Excerpt from Richard Lormand on Vimeo.

And this is it, my top 10 of 2012 films which DID get released in the UK will be published in the middle of December in two part, the second half on my blog and the first half on Cinemart.