The London Spanish Film Festival is having its 8th edition this year, and I have to admit being a little confused as I already went to a Spanish Film Festival earlier in the year in London. But then we can never have too much of a good thing so I am happy with a second one! I have found myself with a growing interest in Latin American/Spanish cinema recently, and this edition has a surprising amount of bonkers and cult looking films which are always welcome. I offer you a small selection which has piqued my interest:

An obvious pick but a nice surprise to see it being shown at the festival nevertheless. This taunt thriller with some Hitchcockian undertones had its UK premiere at Frightfest last month and I kicked myself for having missed it. In it, a seemingly normal concierge (Luis Tosar) spies on the tenants, and develops a particularly unhealthy interest in a pretty girl who lives by herself. From what I heard from the Frightfest crowd, the least you know the better, so expect some twists and turns! As a bonus, Luis Tosar will be on stage prior to the screening for an interview about his career.

I have never heard of the directors or any of the actors. Given the subject matter, it will either be sublime or laughably bad, as long as it is not average. This follows a group of men in the desert in search of "something" following a Master. Are they the disciples? Is he Jesus? Are they looking for God, Death, recreating Starship Troopers 3: Marauder on a budget? Only the Master knows. Or does he? 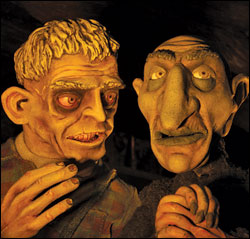 This is supposed to be a mixture of animation and live action, and is about a convict on the run finding himself in a strange village looking to recover some loots, and who finds more than he bargained for. I am all for grown up animation, and I can bet you this will not feature my twin pet hates of celebrity cameos and pop-culture jokes. The design looks suitably grotesque and there are gothic touches of fantasy, horror, comedy and thriller. What's not to love? 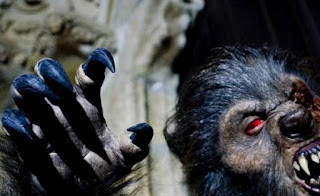 Now we all know Spanish men have the propensity to be hairy, but not quite to that extreme. This tale of Spanish werewolves has a failed writer who unwittingly finds himself in the town of Arga fighting the hairy beasts unleashed by a century old curse. Now, any film featuring a "failed writer" automatically has me thinking of the scriptwriter putting a lot of autobiographical elements of his own life in it (as in 95% of American indie films) but somehow I doubt this is the case in here. This appears to be going down the well worn road of comedy/horror (see the recent Cockneys vs Zombies) so we shall see how it manages to balance both elements. At least werewolves make a nice change from the overused zombies.

And last but not least: On Stage Conversation - Acting Almodovar 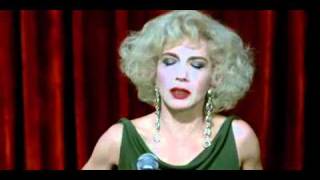 The absolutely wonderful Marisa Paredes, stars of countless Almodovar materpieces (High Heels, All About My Mother, Flower Of My Secret) will be on stage to discuss her creative collaboration with the Spanish master, joined by Antonia San Juan, the unforgettable and literally barking mad Agrado in All About My Mother. A rare opportunity to see them in the flesh, not to be missed! Marisa Parades will also be present at a screening of The Flower Of My Secret for a Q&A.