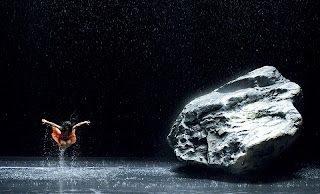 Yes it is that time of the year again! No, not Christmas, 'tis the time where everybody is busy drawing their top 10 list. The best thing about my list is how full of surprises it is, indeed I would have struggled to predict the majority of films that feature in it, and this is what I love about cinema, its endless ability to surprise. This post only actually include number 11 to 6 as the top 5 has been published in Cinemart so I include the link at the end. Feel free to comment if you agree/disagree/are rolling your eyes in disbelief.


While the top 5 was easy to draw, I did struggle with the lower entries but without sounding too corny, I ended up following my heart! And while I had been extremely impressed by Drive, it kept slipping through until it ended up just outside the top 11. For all his brilliance and originality, it lacked a certain emotional connection that meant it was a film I admired but maybe did not love. 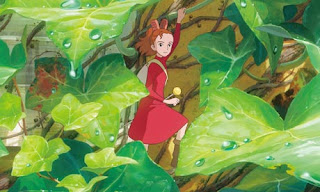 This adaptation of The Borrowers by the Ghibli studios is an unusual offering for them, because of its slower pace and tightened script that takes solely place in one country house, far from the usual surreal fireworks that we have been accustomed to. And yet (or perhaps for that very reason), it drew a closer emotional link for me. Miles away from the post-modern jokes and celeb cameos that pollute the world of modern animation, it is an absolutely joy from start to finish, which I had compared to a lazy summer afternoon spent dozing off in a field. And the final scene has got to be one of the most beautiful yet understated scene I saw all year, it had me in tears. 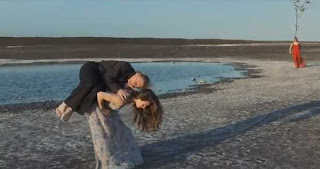 The first of two entries in my list to be in 3D, a sign that after the initial excitement of 2009 for this new technique, followed by a disappointing 2010 that saw an invasion of badly post converted monstrosities (Clash of the Titans being the prime example), there is still scope for visionary directors to use this new medium and make something interesting and original with it. Pina, a tribute to German choreographer Pina Bausch who died shortly before filming began, is not quite a filmed performance, not quite a documentary, but a bit of both. Wim Wenders have staged some of the best known dance numbers in new settings (including a field and even a busy crossroad!) alongside short interviews of the dancers. I was not familiar with Pina's work and this film was a revelation, with a stunning use of 3D that made it all the more immersive. 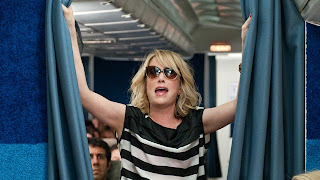 The debate as to whether comedies deserve to be taken as seriously as dramas is not even worth having any longer, and I hold such films as Airplane and The Naked Gun as not just some of the best films ever made, not just comedies. While Bridesmaids might tread some familiar territories, coming from the school of Judd Apatow (who produced it), which brought us such gems as The 40 Year Old Virgin, it also blends in a very recent new trend of more socially aware American comedy, that is born of the very recent recession, and that would include the underrated Bad Teacher. These films are not afraid to be rude, crude, and get their characters to hit rock bottom, as if the audience just could not be bothered being prude any longer and has learned to relax. Oh and of course, Bridesmaids is an insanely laugh out loud comedy, with the scene on the plane the comedic highlight of the year. 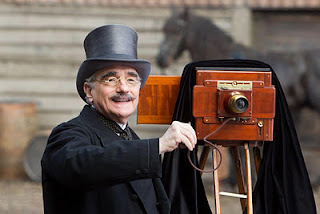 Such is the importance of reviews that, Scorsese or not, I would not have dreamed of seeing this, on the back of its godawful and completely misleading trailer, and on the account of it being a children film, which I am never too fond of. But what a gem this turns out to be, a work of incredible wonder and pure class, which felt like having a cinephile open up his toybox for his audience. After a somehow slow start, this reaches some incredible heights of imagination, with its depiction of the early days of films among some of the most magic scenes I have seen this year. Better still, I loved the way the Godfellas director echoed the very early special effects in the history of cinema with its own playful and experimental use of the 3D. I was particularly impressed by Helen McCrory's subtle performance and I would certainly hope she will nab a best supporting actress nomination at the Oscars.


7) The Artist by Michel Hazanavicius 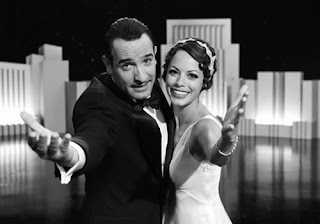 Yet again a film that came out of nowhere and became one of the most beloved films of the year. If it does carry on with its momentum to claim the Oscar's glory that some are predicting, it would be the first time since 1992 that the best film Oscar winner would feature in my top 10 list, and would almost make me forgive the academy for the The King's Speech win. It would also reward a film that was very risky in the offset and could easily have turned into a pastiche. No matter what, it will have introduced the wonderful Jean Dujardin to an international audience, a man who, much like Ryan Gosling and Michael Fassbender, is presenting a new blend of assured masculinity.

While I was an early fan of the Danish director, I was not too keen on the second phase of his career that started with Breaking the Waves and followed with Dancer in the Dark and a few others, which I found manipulative and heavy-handed. Yet it seems that Lars Von Trier has now started a third phase, which started with Antichrist two years ago. He has gone back to his more experimental roots and have found a more earnest voice in the process. I wonder if this has to do with his well documented battle with depression. This devastating tale of depression is among some of his finest work but only him would have placed it within the story of an Earth destroying planet. And most remarkable of all was the performance of Kirsten Dunst, wich the Cannes Film Festival had the vision to reward over favourite Tilda Swinton.

I have written a piece for Cinemart with my top 5 so follow the link but this is just a quick recap:

And now feel free to include your own top 10 or even top 5 in the comments! After the walk of fame, I shall follow with the walk of shame, and include the top 3 of the worst films of 2011, with my very own Razzie awards.
at 22:56