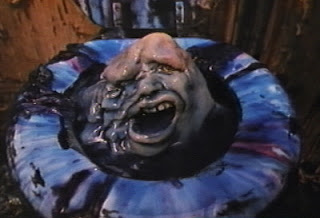 We are going from the dizzying heights of the best films of 2011 yesterday to the fetid pit of the bad cinema of the year today. But before I unleash my list of worst films of the year, what makes a bad film? Surely there must be some Z list rubbish films that are more deserving of a spot in there than my choices, such as Crocatarus vs Mega Platypus? But that last example would never have any ambitions to be anything that it is not. To me, what makes a bad film above all is dullness. Films are like relationships, I want to love, I want to hate, but I do not want to be bored. Other than that, promising films that do not fulfil their expectations also deserve to be on this list. And finally, "quality" period dramas that hide a complete void of new ideas and originality. 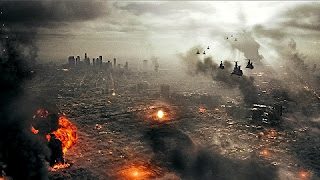 A vintage year as this film might only be the worse film of the year, it is also possibly one of the worse film I have ever seen. Critics will often use that review stereotype of calling a brainless action film a videogame. Not only is it a bit lazy and unfair, considering the depth and imagination that many games of the last decade have displayed, I would add that I remember some 80's 2D scroll action games that had more depth than Battle Los Angeles. And better acting. Dig Dug had more depth than this turd. Mrs PacMan was fresher than this celluloid mould. Another issue I have with some reviewers is that they are unable to differentiate between a brainless but fun popcorn flick (such as Green Lantern) and one that is so hideously dull.

Battle Los Angeles has to be seen to be believed (although I do not encourage you to see it). There is literally NO story whatsoever. I do not mean a weak, underwritten story. There is NO story. At all. Aliens invade Los Angeles, the army fights back, that is all. No characters is even introduced or developed. The fetichism for the American army in here is even more blatant than many 80's Falcon films, except that those were a lot more fun (and had better acting). Apparently Michelle Rodriguez is in this but I missed her, busy as I was pricking my ears with rusty needles to numb the pain. And what with the boring, by the numbers, reptilian aliens that have become a staple of late (see that other "gem", Cowboys vs Aliens"). Surely somebody can come up with something more original for once, like Outlander did, with alien looked like a giant toad who had crashed into a truck with disco lights. Avoid at all cost. It is a shame that this film is coming out again next year under a cunning new title, Battleship. 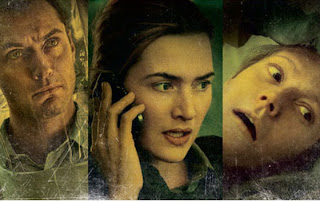 This film had the ambition of showing a realistic and sprawling tale of what could happen should a nasty virus took the world in its grip, far from the usual, Outbreak stereotypes, and yet nothing works. Apart from the short montage at the start that shows the virus rapidly spreading through its first casualties, the whole thing is a bore that is neither scary nor involving. You got to love the way the whole marketing practically screamed "Watch Gwyneth Paltrow die" but you could not have cared less about her character, or any others actually. It felt as if the director had tried to inject some emotion among the clinical portrayal of the outbreak but the storylines were far too clumsy for that. Jude Law has already secured the joint worst accent/supporting actor razzie award for his extremely annoying character of an Australian opportunistic blogger. Josie Ho is insulted in a bit part that requires her to get on a bus and die. The divine Marion Cotillard and her Stockholm Syndrome storyline are overshadowed by the worst haircut committed on screen this year (I spent the whole film trying to find the words to describe it: it looks like an old fashioned theatre's open curtain). And how on earth is the whole society still functioning with so many casualties? Who is manning the power stations, the tax offices, who is bloody paying their tax if they might die anyway? So long for realism!

3) The King's Speech (why even bother putting a picture, it has been seen by a gazillion people)

Dull as dishwater. As exciting as a slightly wet plain biscuit. Takes the cinema back about 50 years. As I was saying earlier, there have been worse films than this in 2011 (say anything that had Nicolas Cage starring in it). But has there been anything more dull and so undeserving of the praise it had received? Where is the excitement, the passion, the originality? And it has nothing to do with being a period drama with no special effects or violence. I hold The Deep Blue Sea as one of the best films of the year (though it missed my top 11 eventually), despite its glacial pace and period setting, but at least it had some passion deep inside, and an almost experimental approach despite the more traditional appearance. The King's Speech is the sort of pseudo quality entertainment that is taking cinema precisely nowhere.

So who will hold the crown next year? I have a feeling The Iron Lady is shaping up to be a strong contender...
at 23:01