SXSW 2021: The Hunt for Planet B by Nathaniel Kahn 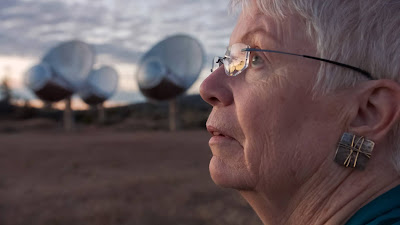 The valiant Hubble telescope has generated some awe-inspiring pictures over the decades and revolutionised astronomy so excitement for its replacement, the Webb telescope, the largest and most complex space observatory ever built that is going to take it all to the next level, is at its peak. The Hunt for Planet B follows a group of astronomers as preparations are well on their way for its launch, relaying their motivations, the drama behind it all and the hopes placed onto it.

The issue with many scientific documentaries is their propension to fall into two extremes: they are either too technical and dry or too simplistic and over the top, with a bombastic narration full of grand claims and some outlandish CGI. No such things with The Hunt of Planet B which is all the more remarkable considering what is the stake, quite simply the possibility that it might detect some life signatures in the atmosphere of the exploplanets in the Trappist-1 System, the closest one to our solar system.

It is hard to believe that a few decades ago, scientists had no proof that exoplanets actually existed. As such, the quest to find them was considered as a fringe discipline. You would perhaps expect those astronomers who pursed it to be a little on the eccentric side and indeed several of those interviewed feel guarded at first, as if they were still concerned about not being taken seriously by their peers and the general public, in their hunt for "the little green men". Yet through this documentary they are made at ease, it is clear that the director has earned their trust as he lets them talk about their paths so far and their dream for the future of astronomy. There is even an inspirational anecdote by one of them who recalls her first time watching all these stars in a sky unobscured by light pollution, that does not feel mawkish at all.

The Hunt for Planet B also features an interview of Jill Tarter, the astronomer best known for her work on SETI who inspired the character played by Jodie Foster in Contact, a fascinating and quietly determined woman who has devoted her life to that cause. With all these portrayals, for all the science evoked it feels very human and character driven as a result. 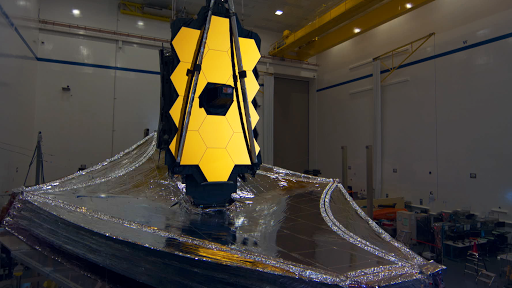 For all the dreams of far away world, the documentary is still grounded in some very down to Earth, necessary considerations, which cannot be ignored, as enthusiastic as one can be about a potential discovery that would quite simply change humanity. The Hunt for Planet B includes some footage of past congressional hearings  in which a committee of representatives felt the duty to challenge the endless increase in the Webb telescope cost, no matter how supportive they were, concerned about how to explain this gigantic expense to the taxpayer. Since this documentary was made, the Webb telescope has suffered some more delays, with a launch now planned later this year.

The documentary also does a great job of recapitulating all the steps that lead to the detection of exoplanets with clarity and just the right balance of technical details, thanks to a skilful editing, from Galileo discovering the satellites of other planets in the solar system, to the recent techniques of transition duration and astronomical spectroscopy, that allowed scientific to discover their first exoplanet as well as their composition, with many more following.

The Hunt for Planet B is a fascinating, accessible yet never patronising documentary about the dawn of a new age of astronomy.

The Hunt for Planet B was presented in the Documentary Spotlight section of South by Southwest.