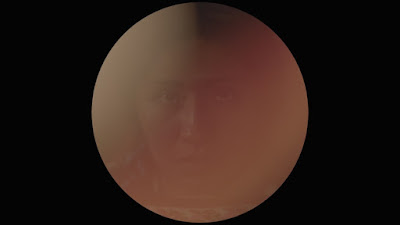 While not quite up there in the same league as the Cannes, Berlin, Venice, Toronto or even Telluride, the London Film Festival has seen its attendance increase steadily over the last decade, and his exposure grow in the process. It remains debatable how much it means to the outside world but it remains an unmissable event for any fan of cinema in London. The festival has a very large  and wide selection of films (over 230) over ten days, offering anything from prestige awards baits with red carpet glamour alongside it, to the most obscure and experimental films, and anything in between. The atmosphere is informal yet vibrant and passionate, and it also strikes a fine balance, screening most of the titles that had an impact at the major film festivals earlier in the year, while also unearthing its own small gems.

Of course most of the Cannes heavy hitters which I saw and loved are there, and I would obviously recommend them: Carol, The Lobster, The Assassin, Arabian Nights, Cemetery of Splendour... But I have looked further and I am offering you a shortlist of the weird, the experimental, the unusual... 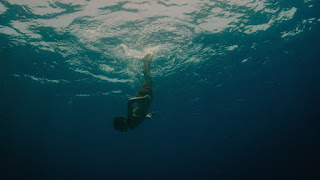 The French director made her mark on the arthouse world with Innocence (2004), the singular story of a very unusual boarding school for girls, around which the most surreal events happen, and while it has taken her over to decade to finally direct a follow up, Lucile Hadzihalilovic is finally back. And her new film Evolution sounds even more bonkers, yet another coming of age story (of sorts!), this time about a young boy living in an island only populated with women and other young boys who discovers the secrets of his origins. Described as an eerie horror with echoes of Cronenberg and Lovecraft, all I am saying is just take my money already 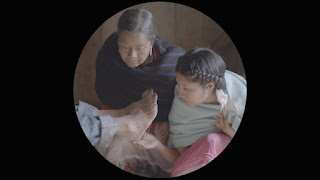 A great title, obviously, and a film that seems to either be influenced, or at least share some of the preoccupations of Carlos Reygadas's cinema, in terms of themes and visuals, Lucifer has the angel arrives in a small Mexican town, causing hopes among the population yet only leaving suffering in his wake. Filmed in "Tondoscope", a technique which has the image concentrated in a circular frame, this sounds wonderfully and shamelessly arthouse and experimental, so obviously a must-see. 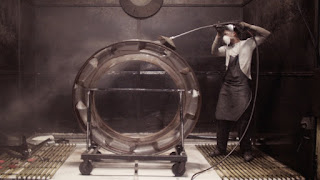 Some will be flocking to Miguel Gomes's 6h30 long Arabian Nights (and rightfully so, this was one of my highlights of Cannes), but the real arthouse test that will sort the men from the fanboys is a documentary called Park Lanes, with a running time of 480 minutes (yes, 8 hours!!). And the programme does not indicated whether there will even be a pause! Filmed in a factory that designs bowling alleys equipment, and designed to last as long as working day, it is said to find beauty in the mundane, and will prove a hypnotic and challenging experience!


4) Murmur of the Hearts by Sylvia Chang 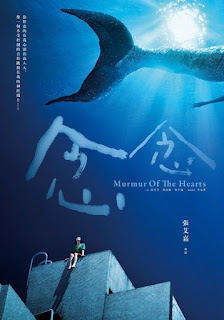 Actor/Director/Producer/Singer/Scriptwriter Sylvia Chang has no less than three films at the London Film Festival. Born in Taiwan and perhaps not quite well known in Europe, she is a real star in Hong-Kong and there is the chance to discover her numerous talents. She had a supporting part in Mountains May Depart by Jia Zhangke but a rather poorly written and unsatisfying one so perhaps not he best introduction (read my review from Cannes). Rather, Murmur of the Hearts, her latest effort as a director, sounds mightily exciting, the magic-realist tale of siblings separated in their early years and still dealing with the emotional fallout in the 20's. Blending dreams and memories, and with a truly impressive trailer, this sounds as unpredictable, singular and stylised as real cinema should be, and has a certain Naomi Kawase vibe to it, especially with the poster above, with echoes of Still The Water. You can also see Sylvia Chang act in Office also at the festival, which sounds like a lose, lavish musical mix of The Devil Wears Prada and Im Sang-soo The Taste of Money, in 3D. Sold!

A long running tradition of the LFF and one of the most sought after ticket, the Surprise Film is just that, a surprise, kept under wraps literally until the opening credits start rolling. You can never please everybody and many audience members end up complaining about the film chosen, completely missing the point: it is all about being exposed to a film that you might have perhaps not chosen, and maybe pleasantly surprised in the process (or maybe not). I even heard somebody loudly claim a few years ago: "if it is a foreign film with subtitles I'll walk out", a person whose film festival attendee licence should have been revoked immediately. If I have one small criticism myself, it is that I almost wish the festival had bolder, less consensual picks at times. There have been some highs (the totally unexpected inclusion of Wong Kar Wai's The Grandmaster two years ago, and the mass walkouts it prompted, the deliciously divisive Damsels in Distress), there have been lows (Brighton Rock, Birdman, Silver Linings Playbook...) but I would not miss it for the world, the palpable excitement, the guessing game, and the playful festival director's Clare Stewart working up the crowd...

Bookings opens tomorrow for members, and on the 17th of September for the general public. For more information and to book, click here.
at 21:01