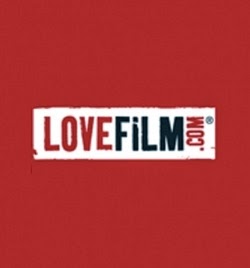 Like many other UK based cinephiles, Lovefilm has been my lifeline when it came to classics and rare films for over a decade. Even in a city like London and its diverse repertoire scene, you are still at the mercy of the arthouse cinema's line-up to get your fix (not to mention your budget). But thanks to my Lovefilm account, which I have held since 2006, I was able to do my filmic education, thanks to the 1000 films I have seen during that time.

A few years ago, Amazon bought Lovefilm, and very little changed at the time, apart from encouraging users to use the same account to log in with both. At the time, I thought it was just a way for them to connect each account to be able to personalise purchase recommendations. But without warning, last week, Lovefilm has disappeared for good. And become Lovefilm By Post. Or Amazon Streaming Video service. Or Amazon Live Video. No one is quite sure. There is a lot of confusion with the amalgamation of Amazon Prime, Amazon Live Streaming, Amazon Prime, Amazon whatever...


First of all, the whole thing has been incredibly clumsy, and my timeline on Twitter was filled with confused people. In fact, it is a case study on how NOT to communicate with your client base. And Amazon, as the corporate giant that it is, refused to engaged with members by responding to their queries, or when they did, it was a generic tweet that did not answer anything. It is typical of a certain corporate mentality that has almost forgotten to put the focus on its customers.

The new interface is not user friendly at all, you now have to go into the Amazon website and good luck finding your rental lists, which feels like an after-thought. I have lost my list of previously watched films, and also, all the previous customers reviews seem to have vanished. You cannot do any star rating anymore unless you submit a review. And when you do a search, DVDS for sale always come first. There is nothing that Lovefilm customers have gained from this change, quite the opposite.

Indeed my biggest concern is that Amazon will quietly do away with its rental service and concentrate on its more cost effective streaming service. What's wrong with that I hear you say, we can watch films whenever on their streaming service, and the whole posting thing is so passé? Well the problem with this is the streaming service only has a fraction of titles to offer compared the postal catalogue. I can understand how it makes sense from a business point of view but still, that means that in the not distant future, a huge chunk of classics and more rare films might be denied to customers. And I cannot help thinking that British cinephilia would lose out.

Plus streaming is still not perfect for sure. What happens when your internet is down or your connection is slow? And I cannot be the only one who gets enraged when a film lags, freezes, or just stop working altogether, that is no way of watching a film.

Time will tell if I am proven wrong, but one thing is certain, Amazon is certainly not trying very hard to push their postal service. And I will most the distinct identity and service from Lovefilm.
at 21:50