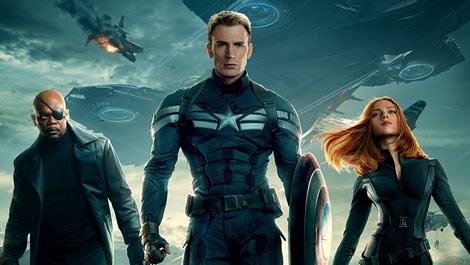 Captain America: The First Avenger unexpectedly turned out to be my favourite Marvel film at the time, a rank it has held on to until now. Despite being helmed by Joe Johnston (The Rocketeer, Jurassic Park 3) who can charitably be described at a hack, the film had a great vintage serial comic vibe to it, in keeping with its WW2 setting, as well as an unusual tinge of melancholy within its old school patriotism. And Chris Evans delivered a great performance, giving depth to a character who might have be seen as too earnest at first for the uninitiated like myself.

But now that he has been frozen and brought back to life in modern day America, and fought a battle with The Avengers, I did wonder if this sequel would keep those qualities. And I must admit, a rather generic and bland trailer had me worried. I should have trusted Marvel though, for the sequel is a very different film indeed (always a good thing in my book) yet just as successful, if not more!


What impresses the most with this new film is the unexpected departure it takes. You wouldn't expect a modern day blockbuster to follow the route of a 70's political/conspiracy thriller, but this is exactly what this does, complete with chilly tension and paranoia. And it works particularly well with Captain America, as the man was already struggling to adapt to our times, since here he is plunged into a world that is no longer as black and white as the one he once lived in, where the enemy was easily identifiable.

Not only does he no longer know who to trust, but even doing the right thing is no longer as straight-froward as it once was. And this is where the film takes a welcome dig at contemporary politics, with the recent wars waged in the name of righteous yet dubious reasons, and the "price of freedom" being mentioned and questioned.

Also interesting is the way the plot of the whole Marvel universe evolves. I won't go into too much details but the story arc involving S.H.I.E.L.D takes an interesting turn, one that may surprise you. Obviously the film does not forget the action, and in that regard, is ridiculously entertaining. Yes there are some big CGI set pieces, but there is also a lot of physical action, which makes a refreshing change (I'm thinking of a particularly intense scene in a lift, plus a simple but hilarious fight scene that had the whole audience I saw it with spontaneously applaud). 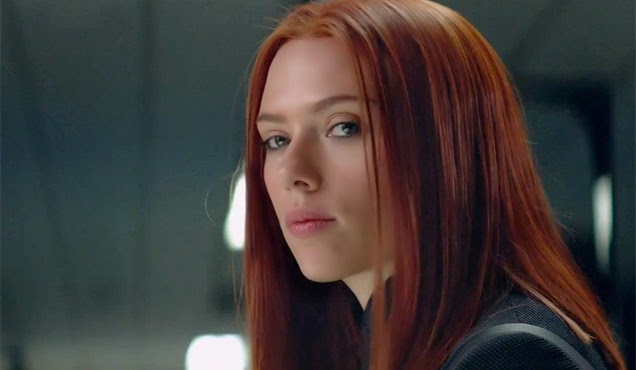 As for the cast, Chris Evans brings in the same broad physical presence and melancholic complexity that worked so well in the previous outings. It is a welcome idea to have paired him with Black Widow (Scarlett Johansson), for a meatier part that she had been given so far,  herself feeling as much an outcast as he does, among their cocky fellow Avengers. Even Samuel L. Jackson is given a lot more to do than his usual part as a shadowy mentor. The Winter Soldier himself (Sebastian Stan), a formidable killing machine, lacks of depth although there is a hint of greater things to come. As for Robert Redford, his casting cannot be a coincidence, considering the film echoes a couple of his older films in spirit (All The President's Men and Three Days Of The Condor). He fits right in this new universe for him and brings in some old school Hollywood presence and class.

Marvel is on fire at the moment, with heir willingness to take some risks and try new things, coupled with their respect for the audience of fans and non fans alike. And they are showing other big studios that you can definitely do entertaining yet smart and ambitious films.