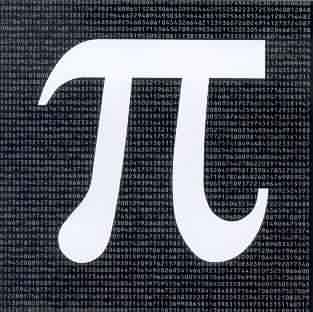 Darren Aronofsky has got to be one of the most interesting and versatile directors working at the moment. He has a unique visual style but his cinema is never style over substance, on the contrary, he is never afraid to tackle some pretty ambitious subjects. And all of his qualities were very much apparent in his first film, Pi. Fifteen years after its original release, his first film is getting a 15th year anniversary release on Blu-Ray, so now is the perfect opportunity to discover it.


Forget the higgs boson, dark matter, quantum physics, the Large Hadron Collider... In Pi, a mathematician believes there is a single number that can unlock all the secrets of the universe, or more specifically, its patterns, and as such, predicting them. Is he one of those numerous scary and paranoid loners or is he really on to something? But just like Cate Blanchett found out in Indiana Jones And The Kingdom Of The Crystal Skull, there is as much knowledge as a human mind can take, as his work is taking his toll on his fragile psyche. And his research attracts the interest of just about everybody, from religious types to big corporations (or are these shadowy and menacing people just figments of his imagination?) 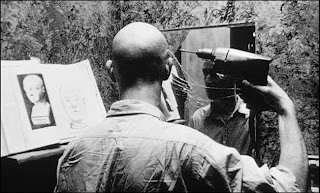 For a first film, Pi is staggeringly ambitious and its limited budget never feels like a hindrance. I wrote a post about 90's American indie cinema recently and this is one of the gems of this area. It shares many of their traits: the New York location, the arty black & white... But it trades mumblecore musings about love in your 20's for a much more substantial story, and does what so many films seem to have been afraid to do over the last two decades: it tackles some fairly heavy themes, while still managing to remain as gripping as a thriller the whole time.

Darren Aronofsky's direction is very confident and assured. The paranoia is perfectly presented, in ways that reminds another great first film of a master: Eraserhead, with its aggressive sound effects. But if anything the film, while not quite matching Lynch's masterpiece, is even more oppressive, with the frenetic editing and the pounding soundtrack by Clint Mansell, which has almost become a classic of its own. And this Blu-Ray transfer is a glory. The image remains perfectly grainy (yet sharp) for all the interior shots, and smooth for the rarer and quieter outside scenes, making the transition a lot more noticeable than it was in the cinema. Blu-Rays of older films are so hit and miss that it is worth mentioning the great work that was made on this one.

Pi has not aged much at all and remains a challenging and innovative film that will make you think until your brain hurts. It asks the important question of whether mankind can actually ever understand the universe fully. Should the answer be obviously no? After all, can an ant understand the stock market, can a cat understand quantum physics? Besides, is there even something to understand, or is the idea of understanding a human-centric concept?

Pi is released on Blu-Ray on the 12th of August in the UK. It comes with a whole lot of interesting extras, particularly the short but evocative behind the scenes montage. And for the full whack of late 90's nostalgia, I shall direct you to the original website for Pi which is somehow still running! Amazing!