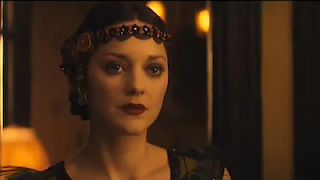 For whatever reason, a lot of people tend to leave the Cannes Film Festival in its last few days, even though some of the most exciting films are usually showing at the end. It is very noticeable, after the crazy first week end, which I have decided to avoid, that the attendance drops little by little every day. On my penultimate day, I had a date with two of my favourite actors, Mads Mikkelsen and Marion Cotillard.


Strangely, the lower attendance is a double-edged sword, as I found out as I made my way to the Palais for the morning screening of Michael Kohlhaas. I waited, and waited... and could not get an invitation! I did wonder if dwindling numbers meant less spare invitations going around, and the unseasonal cold wind did not help. But thankfully, I managed to get one, and off I was in the Palais for my 13th film, having now settled in my favourite seat, all by itself on the side, like a private lodge, which, for an agoraphobic person like myself, is like a slice of heaven.

Still having about 30 minutes before the start of the film, I could not help overhearing the conversation of the man sat behind me, who was incredibly loud and not just a bit annoying. He was basically saying that he would probably stay for about 30 minutes at the most (he lied, he stayed about 10 minutes), but then the conversation took a more interesting turn, as he claimed to have a spare invitation for The Immigration for the afternoon screening and was going to have to find somebody to give it too... And just as the call ended, I turned around and ask him for his spare invite with a cheeky smile, an invite he was more than happy to unload, result!

So Michael Kohlhaas. Its director, Arnaud Des Pallieres, is a virtual unknown in the UK. The film is the adaptation of a German novella, whose setting has been transposed to France, in the 16th Century. Mads Mikkelsen plays a horse dealer and family man, who, having been wronged by a local baron, sets himself on a quest for justice that will take him further than he anticipated, with grave consequences.

Depending on your mood, you will find it to be a sombre and important film, bracing powerful issues of justice and nobility, or a windswept and worthy crushing bore, a parody of European art house, with lingering shots and everybody looking incredibly serious. It obviously features a scene of joyless sex, just like every European arthouse film must do. Me, I just cannot decide. One thing we can all agree on however is that it has got to be the most windswept film ever, becoming almost exhausting in the process. Festival lassitude meant that I spent my time admiring the gorgeous images and beautiful landscapes, as well as Mads Mikkelsen's intense, brooding face, and his lovely French accent, but I got little out of it. I would quite happily have seen the Danish actor walk away with a second Cannes acting prize in a row, but I guess the film's frosty reception worked against it.

And just as if Cannes itself had been contaminated by the film, as the Croisette found itself windswept, I went out to go straight to the queue for James Gray's The Immigrant.

Now I must confess this was my first film of his. It has almost become comical how polarised the reception to the American director has become, with the French treating him like a master, and the Americans at best ignoring him, at worst slating him. And it did not start too well. In the film, set in the 20's, we follow Ewa (Marion Cotillard), a Polish immigrant who has just arrived to New York, only to find her sister quarantined because of ill-health and at risk of deportation, and her local relatives having seemingly abandoned her. She catches the eye of Bruno (Joaquin Phoenix), a handsome and seemingly helpful man who takes her under his wing, and takes her to his cabaret, a feeble cover for the brothel he is actually running. But will his cousin, the likeable magician Orlando (Jeremy Remner), be the salvation for Ewa? 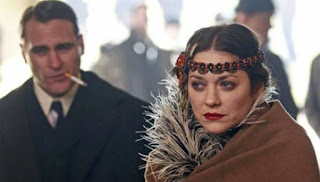 At first, I feared the worst. I am allergic to melodramatic, worthy period dramas, and with such a beginning, it seemingly had all of this sub-genre trappings. But it is not long before you realise that The Immigrant is so much more than that. First of all, while the historical reconstitution is gorgeous, it is also very intimate, refusing any large sets and sweeping crowd scenes, helped with the truly fantastic cinematography, which gives it a candle-lit hue, accentuating the intimate feel in the process.

As for the story, I found it a lot more complex than the official synopsis released before its screening, or even the short summary I have given above. I do not wish to reveal too much, but there is a lot more subtlety in the trio's interactions than what you might be lead to believe, with Ewa not being quite the submissive victim, and Bruno the monster he first appears. Indeed it is a joy to watch the story unfolds, which takes a poignant and devastating turn, right until its very last shot. I do not want to overhype it as some have already done, but it has to be of the most beautiful and saddest last shots I have seen in a long time.

As for the acting... Not having seen The Past, I cannot comment on Bérénice Béjo's performance, who went on to win best actress, but I really thought Marion Cotillard had it in the bag. A Polish journalist has commented that she has the most believable Polish accent he has ever heard, and her performance, one of quiet resignation, a mix of  vulnerability (naivety even) and strength is among her best. Same goes for Joaquin Phoenix, as his character's  towering strength crumbles, and his contradictory feelings emerge, in a very moving fashion. 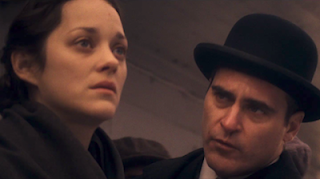 I was surprised to find that the film had a rather average reception. For me, it was one of the festival's best, and I do wonder if he will get better received out of the festival madness and in the autumn's award season. It surely made me want to rediscover the whole of James Gray's filmography for sure!

And here we are, leading up to my last day in Cannes, with vivid memories making writing these diaries a breeze. It all seems so far away already, but as I have found with every single Cannes film festival since my first one in 1992, those memories having crystallised in my mind already!