The Wedding Singer And The Cannes Film Festival 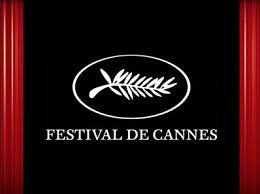 No, the Adam Sandler "comedy" was not presented at the Cannes Film Festival. Rather, as it always happens at that time of the year as we are getting closer to May, memories from my visits of the festival are flooding back. And recently I was reminiscing an unlikely companion I shared two of my festivals with: a retired wedding singer who brought me some unexpectedly charming company (as well as precious invitations).


Up until 1996 it has been easy, even with a Cinephiles accreditation, to get some invitations for the daytime screenings of the official selection in the Grand Palais. You would just turn up at the Cinephile centre early in the morning and collect them. But in 1997, as the festival celebrated its 50th birthday, things changed dramatically. Due to an influx of visitors, being a special year, I soon realised that I would have to resort back to begging as we were no longer allocated any invitations. To make things worse, and with a cruel twist of fate given the occasion, the line-up that year had been particularly poor.

So mid way through the festival, a bit weary and having just walked out of The Eel (which went on to win a joint Palme D'Or!), I posted myself outside the palais early enough before a screening of Kenneth Branagh's Hamlet, which, because of its 4h30 running time, was having an unusual one-off gala afternoon slot, with the director and Kate Winslet attending.

There were only myself and a little old lady there, being so early before the screening, and having no shame, I immediately asked her for a spare invitation, which she had. As we got talking to kill the time, it emerged that she was a retired wedding singer with connection in the business, meaning she had a fairly high level accreditation with guaranteed invitations to all the daytime screenings.

She said I reminded her of her grandson, and considering her husband had zero interest in films, she asked me if I would consider joining her for the rest of the festival. I felt a little dirty pimping myself out in the name of arthouse cinema, but the allure of a guaranteed seat for all the screenings proved too strong to resist. Besides, granny turned out to be much better company that I anticipated, with a wicked, almost catty sense of humour and a sharp wit. She also provided me with some very opinionated banter about cinema, and we formed an unlikely but dynamic duo.

At the end of the festival, she joked that she might not be alive for the next edition but hoped to see me still. As I was moving to London to do my final year at uni, I didn't expect to go back. But sure enough I still managed to score a Cinephile pass the following year in 1998, and came back from London for the festival. Having nowhere to stay, I slept on a blow up mattress in my stepmum's office right behind the Croisette, scoring hot showers whenever and wherever I could. I just loved the way I had to suffer such undignified sleeping arrangements, yet still found myself bagging an invitation for the exclusive Armageddon party at the Eden Roc with Bruce Willis, thanks to a local friend, and walking up the red carpet a few times too that year thanks to my friend again, the magic of Cannes! Guerilla film festival attending at its best.

Making my way to the Palais on the first morning of the festival however (for the screening of the godawful Ceux Qui M'aiment Prendront Le Train by Patrice Chereau), sure enough, there she was, the wedding singer! As I was approaching, I overheard her telling all the beggars swarming her that, yes she did have a spare invitation and no she was keeping it for a friend "just in case". And as she saw me, her face lit up, and we spent yet another festival together. We disagreed on Festen (she loved it, I hated it), on Velvet Goldmine (she walked out, I loved it), but we were united in our passion for the thrills of the festival.

Yet our last day was to end on a slightly sad note. She told me she might be given some invitations for the late second screening of Godzilla, which was closing the festival that year (the closing film is shown right after the closing ceremony with all the awards, then again at a less prestigious 11pm slot). And on the day, as I rang her, she got all excited as she had just scored two invitation to actually attend the closing ceremony itself with all the stars and the awards etc... I could not believe my luck and, having told her to put her prettier dress on, it is all suited and booted that I met her well on time outside the Palais. We began queuing, waiting to walk up the red carpet, giggling as we were to find ourselves attending such a prestigious event.

Sadly the excitement got short lived. As I took a look at the invitations she was clutching, it emerged that she had grabbed the wrong ones! In her haste and excitement, she had taken with her two invitations for a special screening of the Palme d'Or winner, which was shown again for the locals the next day. Panic turned into bitter disappointment as we quickly realised that there was absolutely no time to go back to her house (she lived up in the hills) to grab the right invitations and make it back to the Palais, because of the time-frame, the insane crowd and the traffic. She was absolutely devastated, the crushing blow visible in her face was too much to bear and I still remember her plaintive sigh as the reality of the situation dawned on her.

I tried to find some kind words, and as we waived goodbye for the last time and hugged, I just knew that any future visit to Cannes would not happen until a very long time, if at all, as I was about to graduate, enter the real world etc... And it was doubtful that I would ever see her again.

After a fourteen years gap, as I finally returned to the Cannes Film Festival last year, there was a part of me that secretly wished I'd see her emerge from the crowd... but it never happened. She was already very old and frail back in 1998 and I knew there was little chance of her still being there, yet I hoped for a small miracle, which was not to be. I do not remember her name, but I distinctly remember her kind and bright spirit, her inquisitive face, her laughter, as well as all the filmic treasures we shared. And this is precisely the kind of experience and encounter that has always made the Cannes Film Festival so special to me. "Mémée" (granny in French, as I affectionately called her) might well have gone to cinema heaven, but I have not forgotten her!
at 23:11