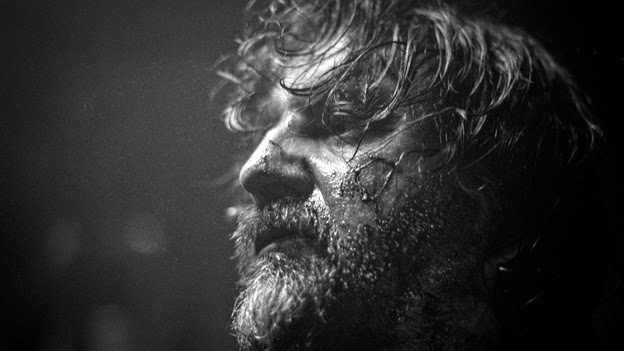 "This is not Earth, it's another planet," announces the voice-over at the beginning of Aleksei German's Hard To Be a God (Trudno Byt Bogom), "About 800 years behind." That might sound like a minor variant on "A long time ago, in a galaxy far, far away" - but in fact the setting is some time in the future, and the hellish 'city' of Arkanar is behind only in the sense that the "Renaissance didn't happen here." As both city leader Don Reba's 'Greys' (soldiers so-named for the colour of their uniforms) and the 'Blacks' in the powerful religious Order all vie to round up, torture and execute any 'wise guys' (artisans or intellectuals), a group of Scientists from Earth go undercover as local nobles of divine descent, observing the atrocities all around them and trying to insinuate some sort of Enlightenment without resorting to their own violent interventions. Yet as one of these Earthlings, 'Don Rumata' (Leonid Yarmolnik), is discovering, it is relatively easy to go native, but hard to be a god.


There is long story behind this long film. Adapted from the 1964 novel of the same name by brothers Arkady and Boris Strugatsky, its cinematic realisation was a never completed labour of love by director/co-screenwriter Aleksey German, who toiled over its prolonged production from 2000-2006, and then spent a further six years working on its sound design before his death in 2013. Posthumously wrapped up and released by his family, it has been doing the rounds of the international festival circuit to the accompaniment of considerable acclaim - and some critical bafflement as well.

There is not really much else out there quite like it. Perhaps the closest analogue is David Lynch's feature debut Eraserhead (1977) - with its similarly long production history, with its similarly accomplished monochrome textures, with its similar focus on puddles and pools full of suspicious-looking liquids, with its similar initial hint at SF that is quickly forgotten or at least redefined, with its hero both drawn to and repelled by destruction, and especially with its heady, hermetic atmosphere. Make no mistake about it, Hard To Be A God positively drips and oozes in the mud, excrement, urine and vomit of the world that German has painstakingly built for his medieval tableaux, and every frame here is overcrowded with filthy, freakish personnel and richly carnivalesque detail. The eye never quite knows where to look, as this city of cruelty and folly, though determinedly colourless, is something that viewers will feel as though they can touch and smell, fully immersed in the film's fetid culture. 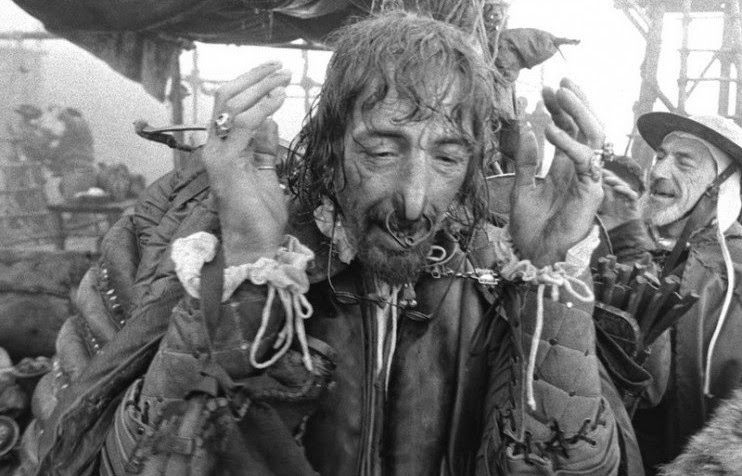 Yet while there is certainly something attractive about the idea(l) of the monomaniac auteur, struggling heroically against all odds and reason to realise his singular, shit-smeared vision, the evidence of the film itself would suggest that having, god-like, created this dirty sandpit in which to set Earthlings and locals at play, German just did not know when or how to stop. The film has little more to impart that has not already been made clear in its first 10 or 20 minutes - perhaps even in its title - and then goes on (and on), loose of shape and mostly free of characters (despite a horde of extras), for another 2 1/2 hours of aimless wallowing in the mud. German becomes as mired in his world as his hero.

As Don Rumata tries to introduce notions of metalwork and music, even basic hygiene, to his stultified subjects, it becomes clear that this is all pearls before swine - and that self-serving stupidity, self-deluding superstition and self-destructive swordplay can, perhaps even will, always win out against the possibility of civilisation. This is the film's take-home lesson, played out on a medieval planet on the other side of the galaxy, but equally relevant to our own world in our own times. Even the most impassive, aloof gods can eventually be made angry enough to rain down their vengeful Old Testament smiting, perpetuating problems as much as they create solutions. Yet the forebearance which Don Rumata tries to exercise may not be shared by the viewer, in a film that stretches patience to the outer limits.

This is an extraordinary one-off, artfully constructed to make tangible its base drives and impulses tangible in all their fluid squalour - but Hard To Be A God is also rather hard to like. There is only so much wading through shit that the average filmgoer can tolerate before wishing to retire for an early bath.

Hard To Be A God is showing at the London Film Festival on the 9th of October and 11th of October. For more details and to buy tickets, click here