The Canyons: Love In The Time Of Collagen 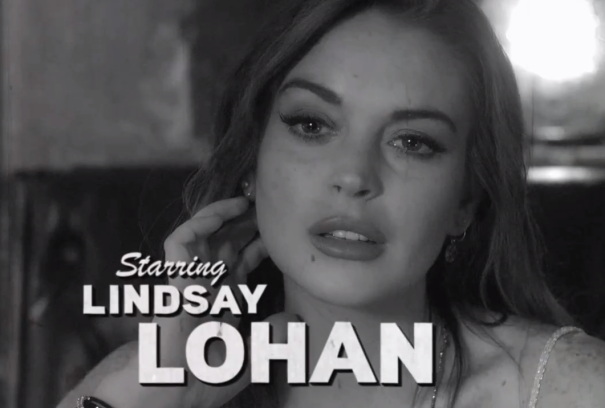 The Canyons currently holds a Rotten Tomatoes score of 24% and an IMDB rating of 4.0. Even one of my favourite film critics, Mark Kermode, hated it and called Schrader ‘a spent force’. (He didn’t care for the director’s Dominion: Prequel to the Exorcist, either, and that’s another movie I find fascinating.)

The critics sank their fangs in good and proper. It was the movie that American festivals didn’t want to screen. Schrader explored the death of traditional cinema platforms and the role of technology in our daily (and sex) lives, so they accused it of being unsophisticated. He hired an actress more famous today for being a troubled young soul and TMZ fodder, and laughed at her performance. To them, the film was soap opera trash. They found the dialogue bland and the acting even blander.

You might well scoff at the suggestion that I find Schrader’s Kickstarter funded drama, written by controversial author Bret Easton Ellis, featuring adult movie star James Deen and actress/trainwreck Lindsay Lohan, a movie well worth your attention, but I really think it so. And no, I’m not insane or being a contrarian. I do not enjoy it ‘ironically’. There is no such thing as a guilty pleasure. 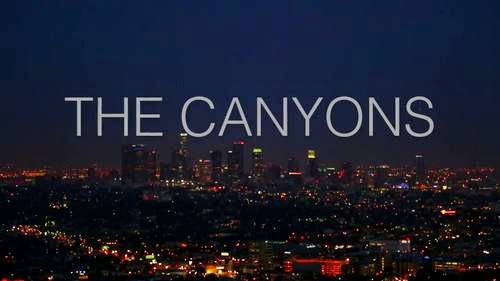 One reason I really enjoyed The Canyons is its use of a classic melodrama/tragedy narrative, delivered with a bitter L.A. Noir twist. The film fits into the same world as other industry tales written by Fitzgerald, West, Wilder, Lynch and countless others. Heck, it could even have formed a chapter of Kenneth Anger’s bitchy and cruel book, Hollywood Babylon.

The Canyons presents Hollywoodland as a morally bankrupt and sleazy place full of backstabbers, folk that don’t even like cinema making movies, talentless dreamers, playboy operators and dames willing to do anything for a taste of the good life. The stereotypes are all true… right?

The Canyons feels to me like F. Scott Fitzgerald meets the Naomi Watts saddest-wank-in-the-world scene from Mulholland Dr. (2001), written and directed by two guys that probably love to watch women cry, but then skulk off into a dark corner somewhere to punch the walls and cry too because secretly, behind all that cynical bluster and intellectual aloofness, they are moved to tears by the horror of the human experience. Is cinema Schrader’s confession booth and exorcism ritual?

The casting of Lindsay Lohan as femme fatale Tara and James Deen as Christian, a minor Hollywood player, yielded excellent results, I would argue. I really like their (maligned) performances, for a start. For $250,000 (that’s the film’s budget, raised via the Internet) you’re going to have to cast your movie on the cheap, but that doesn’t mean you can’t find the right people. Detractors claim the acting in The Canyons is very poor. But I would disagree. Sure, Lohan’s approach is more meth-head than the Method, but there is a frazzled and bleary-eyed frisson at work that I really like! 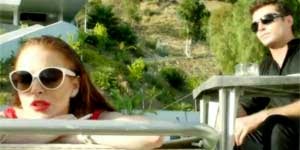 I’m not going to play an armchair Freud and discuss any cross-over or resonance between her real life and role. That would be a fatal mistake and not helpful at all. However, given the actress has been going through a tough time, was the casting of Lohan exploitative? But whom was exploiting whom? Signing her was a double-edged sword and brought the media circus, for sure. It drew even more attention to the picture, but also made it easier for critics to attack it. In fact, the casting was something a coup. She rarely gets to work with directors of Schrader’s calibre. By hook or by crook a strong performance was attained, even if director and star did not get on particularly well. Schrader has since lambasted the former Disney moppet via the media for being what he perceived as an ungrateful attitude, her behaviour during filming and shirking publicity responsibilities.

James Deen struts around the movie like he owns the thing. He’s brilliant. The acting isn’t going to win any awards, for sure, but the lack of trained-thespian polish suits the conception of the character he is playing ever so well. Christian is a great screen villain: a trust fund maniac with daddy issues. He represents everything fake, shallow and vindictive about Hollywood power players. He doesn’t even like movies, agreeing to finance one – a low-budget slasher picture – so that his father will stop nagging him, and is more at home making amateur bonkbusters with Tara and couples chosen off the Internet via a phone app.

Schrader has often taken a bet and found interesting people to fill roles. For example, sunny and personable Greg Kinnear turned in the performance of his career as sex addict, Bob Crane, in Auto Focus (2002). There are countless other choices to further the point. Christian is a spoilt brat who will go through life doing what he wants and who he wants. He literally gets away with murder, and Tara gives him an alibi so she can escape his clutches once and for all. People are his property and toys. He doesn’t mind sharing his toys – as noted in the sex parties he likes to put on – but emotional attachments are obsessive and sadistic. ‘I like the idea of somebody looking at something they can’t have. [It’s] a guy thing, power and control.’ If Schrader had made this picture circa 1980, Richard Gere would have played Christian. 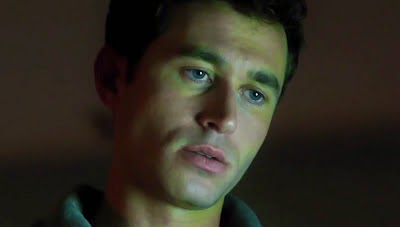 Stylistically, Schrader pulls out the big influences. There are Bresson shots, Godardian moments and an approach to framing often more suited to Asian cinema than American films. It’s a rich movie, for cinephiles. The opening scene is a great encapsulation of the rest of the plot and themes explored. Watch the body language between the characters; Christian’s clear boredom and attempts to shake up the evening by talking about his and girlfriend’s sex lives; or Tara and Ryan stealing glances without making it obvious that they know each other. Watch how tension is built in the editing as much as the dialogue, and the clever choice of shots and unusual framing.

It’s totally cool if you believe The Canyons to be worst movie in absolutely ages, I’ll just politely disagree with that assessment. I think Schrader and Bret Easton Ellis are a perfect creative match and made a really fine movie together, even if you find what they have to say about the business and Hollywood is too ugly or not very interesting. If you hold forth that it was made by a humourless director whose best days have set like the evening sun, well then, using that analogy, I’ll say that The Canyons was made during magic hour.