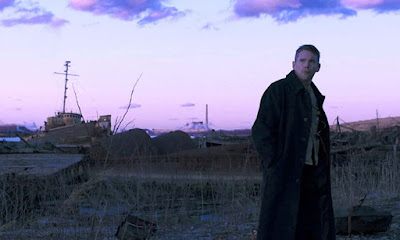 First Reformed's opening shot slowly pushes in on an old church with a sense that it’s opening up an old religious text and releasing its teachings into our modern poisoned world. The film takes place in New York at First Reformed church, nearing its 250th anniversary, and is run by Ethan Hawke's Reverend Toller. The church, now more of a tourist attraction, feels out of place, of a world that no longer exists. Schrader cast Hawke, instead of younger more bankable actors, because he felt that Hawke finally had some wrinkles that suggested a lifetime of experiences. Schrader himself has been making movies for decades (notably the writer for Taxi Driver and Raging Bull), and this is the film he had to live a lifetime to finally make.


Told through voiceover from a troubled protagonist, First Reformed plays like a cousin to Taxi Driver. Where Scorsese’s filmmaking bleeds Catholicism, Schrader’s is trapped and repressed in a more Calvinistic sense. Reverend Toller lives in his church, almost in a vampiric state, and writes down his thoughts every night as an exercise that initially gives him peace. After a church service, he's approached by a woman named Mary (Amanda Seyfried), and she asks him to come speak to her husband, Michael. In their meeting, which runs about 10 minutes, Schrader creates a tennis match of cuts between them as Michael, a radical activist, makes the case for why his pregnant wife Mary and him should not bring a child into a world that is inevitably doomed from environmental disaster. Toller suggests that bringing life into the world would be a force of goodness. Near the end of their discussion, Michael appears to have "won," and Schrader cuts back to Toller and slowly pushes in. It's a simple, but devastating camera move that lights the fuse for the rest of the film. What balance there was in Toller's life, has now tilted towards the dark.

His voiceover, spoken to both God and the audience, now has a stain and begins to feel less like confession and more like self-pity and justification. As the 250th anniversary approaches, a celebration for First Reformed is setup by Toller's friend, Pastor Jeffries (Cedric the Entertainer), who runs a local mega church called Abundant Life. Like a dark contradiction, it's revealed that a local energy corporation — one that's polluting the world Toller sees is being lost — is the primary donor to Abundant Life, and in turn, Toller's church. First Reformed observes the pollution of earth, our oldest systems, and man himself. The film's only misstep is in how it's too closely aligned to Toller. In Taxi Driver, Scorsese observes Bickle from afar with a detached irony, whereas here Schrader is a bit too close to the material.

When Toller returns to see Mary, a "Chekhov's Gun" is introduced and the film's scope expands until it feels as if a doomsday is approaching. During youth group at Abundant Life, a young man viciously shares racist views that sound like that of the Alt-Right. Whether intentional or not, First Reformed is a film that deals in how radicalism creates imbalances, making it the only film to dig beneath surface observations of 2018 and dig into its root issues. As this imbalanced world falls like an avalanche on Toller, we wonder if his slowly deteriorating dark worldview is justified, or the sign a man who's sick.

In an instantly iconic scene, Mary and Toller share a moment of embrace, and they ascend into a cosmic realm that viscerally visualizes Toller's mind. First Reformed walks a high-wire act of moral ambiguity that dirties Toller's motives the deeper he walks into blackness. Is his anger towards God's indifference justified, or has he forgotten his own advice to Michael: “Wisdom is holding two contradictory truths in our minds simultaneously.” Ethan Hawke has always been representative as the Gen-X everyman that’s just trying to make it through life. But here he pulls off something I didn’t think he was capable of. He makes Toller's inner battle soulful, utterly self-absorbed, and profoundly moving. Just as impressive is Amanda Seyfried — now undoubtedly one of the best of her generation — who gives a potently mesmerizing performance that is the film's beaming light. 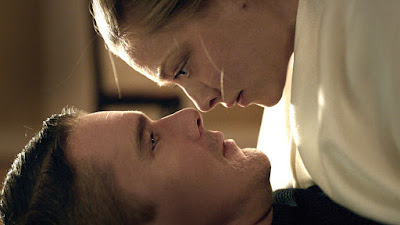 Schrader, a true cinephile, takes filmmaking cues from Tarkovsky's Mirror, Bresson's Diary of a Country Priest and Bergman's Winter Light. Yet, for me it most resembles the DNA of Ken Russell's The Devils (1971), a stone cold masterpiece about a 17th century priest who's accused of sorcery by nuns. Where Russell’s film is manic and set ablaze in anger, Schrader’s film expresses anger and disillusionment in the mundane, in the claustrophobic spaces and static images that lock in its grieving Priest. Both are films that angrily express the despairing weight of capitalism and government devouring religion.

The icy static shots of First Reformed have a calculated patience that mirrors the mind of Toller. Shot in the enclosing academy ratio, light and darkness battle each other, with Toller often cloaked in black and unable to see the light. "Will God forgive us?" he asks throughout First Reformed. First it's sincere, but eventually descends into an existential punch line. Toller's frustration at climate change, while first valid, becomes not a global concern but a personal one. His detachment from reality makes him see himself as a Christ-like figure. God's lonely man, indeed.

First Reformed is filled with existential riddles, dualities and contradictions, led by a hypocritical protagonist, but its knotty themes beautifully unwind in a scene so burning with ecstasy that I felt I was levitating. A whirlwind of emotion arrives in a final image that evokes both Vertigo and Carrie (the third act leaves the stoicism of Dreyer and Bergman and evolves into Hitchcock and De Palma). It's an ambiguous ending of such rapturous, shocking emotion that it catapults what was a great film into modern classic territory. Paul Schrader's First Reformed is a silent cry into the beyond, and one of the rare films where the beyond seems to answer back.