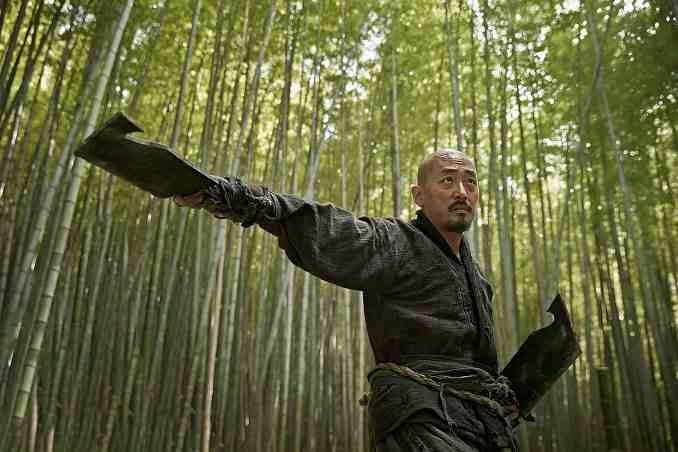 It is 1862, during the late Joseon Dynasty - a time, as we are told by the voice-over that opens Kundo: Age of the Rampant, when the Korean people were starving and exploited by corrupt, greedy and self-serving officials. But it might as well be the Wild Wild West, as Yoon Jong-bin's film proves to be a rambunctious, genre-blurring spaghetti eastern (or noodle western), akin to Kim Jee-woon's The Good, The Bad, The Weird (2008). Although here swords and arrows are the weapons of choice, characters also get rescued from hangings and ride off into the sunset to the accompaniment of bass guitar licks and harmonica - and you can be sure that the Gatling gun glimsped early on (and assimilated into the mount of an ornate Asian carving) will eventually be mowing down bad guys, Django-style.


Born illegitimate, master swordsman Jo Yoon (Gang Dong-woo) will stop at nothing to ensure that he remains the sole male heir in the noble Jo line, and so hires the lowly butcher Dolmuchi (Ha Jung-woo) to carry out a dynastic assassination. When, at the last minute, Dolmuchi has second thoughts and aborts the mission, Yoon's men kill his mother and sister, and leave the butcher for dead. Rescued by the Chusul Clan, a Robin Hood-like band of monks and outlaws who redistribute amongst the poor and downtrodden what they steal from corrupt officials, Dolmuchi is reborn as Dolchi, a shaven-headed, cleaver-wielding legend of banditry. As the Clan plots to stop the ruling élite from grabbing all the local land and enslaving the people, Dolchi circles ever closer to a second confrontation with his sworn enemy Yoon. 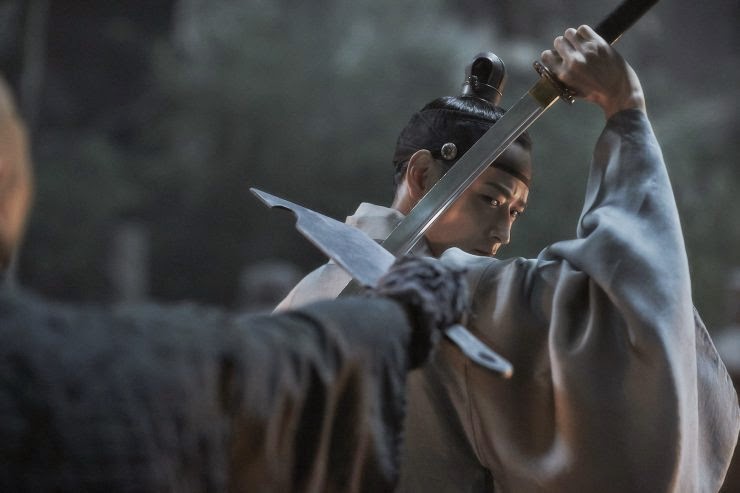 Kundo: Age of the Rampant is a film made with real brio. Precision action sequences sit alongside dazzling period colour, coarse, crazy comedy rides side-saddle with domestic pathos, genre and tone are switched with deft ease, and the pace never lets up. All of which is to say that the film is both exciting and entertaining - at least for as long as it lasts, although once the final credits have rolled it is also rather quickly forgotten. The film's leftist, anti-authoritarian streak is well-judged and highly appealing for contemporary Korea and beyond, at a time when the gulf between rich and poor has never been wider and the financial powerhouses have never been less trusted. Indeed, the scheme-cum-scam being run by Yoon to cement his tyranny involves unaffordable loan schemes that trick the people into living "on IOU, without understanding the consequences" - consequences like the land seizures, debt slavery and economic ruin that have plagued our own post-millenial landscape of subprime credit and property foreclosures. Yoon's profitable con is even referred to as "the first public-private enterprise", making it resonate explicitly with the present so that the 'age of the rampant', with all its inequality and injustice, becomes one in which we also live.

The problem, though, is that in a film so deliriously postmodern that it even has a character - the hero, to boot - paraphrasing a famous line from Hannibal Lecter about gourmet cannibalism, it becomes difficult to take its ideological underpinnings at all seriously. When anything goes, everything seems throwaway. Still, few disposable films are as much fun as this.

Kundo - Age Of Rampant was presented at the London Korean Film Festival which is closing this week-end before going on the road across Britain with a selection of screenings in various cities. Full schedule: http://www.koreanfilm.co.uk/korean-film-festival-2014-schedule