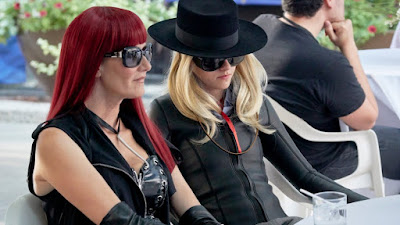 The launch of the BFI Flare's line-up is always an exciting event, marred by a slight tinge of disappointment. Exciting as it is a great time to catch up with LGBTQ cinema from all around the world, disappointing as there seems to be a lack of imagination in the subjects tackled.

Yes stories about coming of age, burgeoning sexual identity and forbidden love are important and need to be told yet it is a shame that current LBGTQ cinema often seems to limit itself to such narratives and get overwhelmed by their worthy subject at the expense of real cinema, especially when there are plenty of other stories to be told. Art doesn't live in a vacuum and we cannot be oblivious to the struggles of the community, especially when we are (relatively) safe in our metropolitan bubble, yet there are so many other facets to the live of gay people, or even tales that transcend community barriers and can be appreciated by those outside the LGBTQ spectrum. Not to mention a relative lack of aesthetic creativity, where are the Gregg Arakis, the Derek Jarmans of the 2010's? Come to think of it, do we even have a Fassbinder? Bertrand Mandico, Yann Gonzales, Lorenzo Vigas, João Pedro Rodrigues and even Peter Strickland come to mind but we need more of them!

This is probably being a little unfair and there is still a lot to be excited about in the BFI Flare line-up that was just unveiled tonight. Rather than doing an exhaustive coverage, I have decided to put the spotlight on a few films that have caught my eyes. 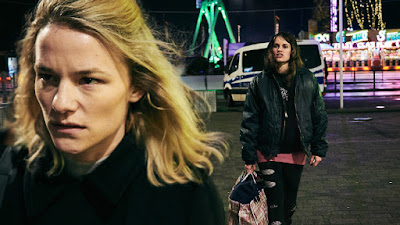 The Ground Beneath My Feet by Marie Kreutzer

When was the last time you watched a gay thriller? An Austrian gay thriller even? I give you The Ground Beneath My Feet. Centered around Lola, a ruthless businesswoman who has a secret affair with her female boss while trying to keep her mentally disabled sister a secret and who ends up losing her grip on reality, this is an intriguing proposition. 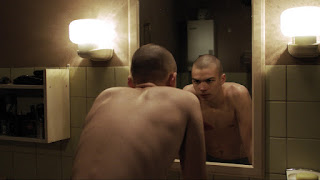 Austria again! There's a touch of Gaspar Noe in the premise of Nevrland, the story of a young man who works in a pig processing plant by day and who's obsessed with webcams. Described as challenging and filled with psychedelic surrealism, with "sex scenes intercut with images of pig carcasses being butchered", this can really go either way but it certainly won't be boring!

Sunburn by Vicente Alves do O 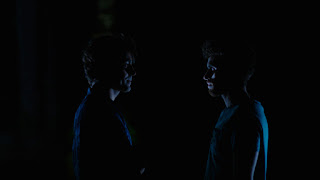 At first the premise of a group of 40 something friends spending time in a luxury villa bring back memories of the utterly dreadful White Lies by Guillaume Canet. Read further and François Ozon is evoked, with the arriving of a mysterious guest, provoking simmering tensions and unleashing secrets and it is a lot more enticing already (although I guess its mere presence in an LGBTQ festival is kind of a spoiler). I'm all for "quiet discomfort" and "stylish chamber piece" so I'm in. 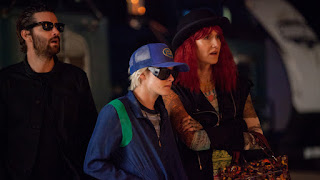 Laura Dern and Kristen Stewart could be reading the phonebook for two hours and I would still be first in line. The hard to believe true story of literary hoax JT Leroy sounded ripe for a film adaptation  but there's hoping the director wasn't overwhelmed by its subject and managed to do more than a mere "show and tell" kind of film.

BFI Flare will take place at the BFI in London from the 21st to the 31st of March.